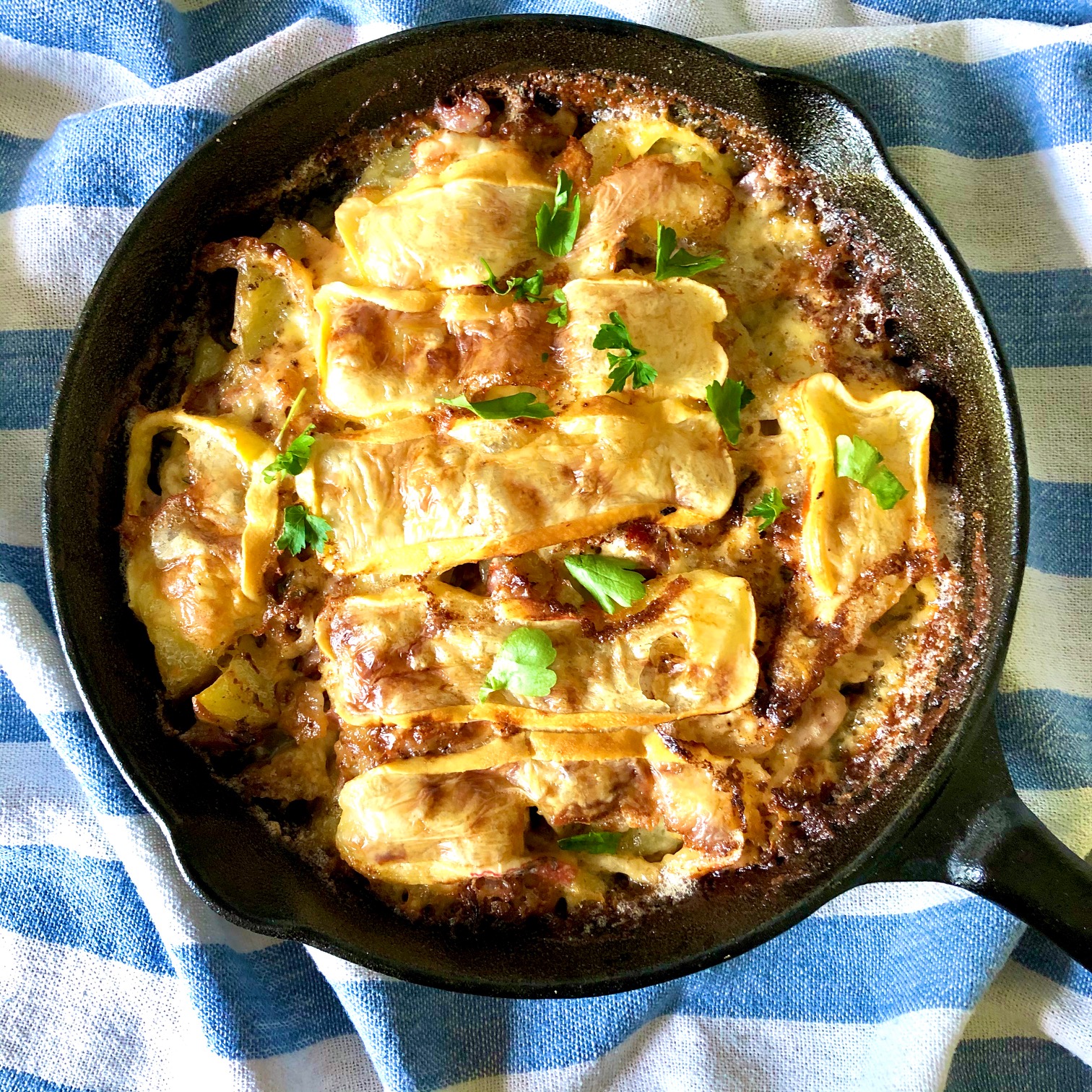 inspired by Lady of the Grapes

After looking at all the restaurants I have written about so far and gathering statistics, it showed two very clear problems about the food industry in this country.

First, there is not enough representation of Black and Minority Ethnic food culture and not enough BAME chefs, restauranteurs and managers working in the industry. Have a read of yesterdays post for more on this.

Second, the representation of women in the industry is also pretty awful. Only 7% of the restaurants I’ve written about so far were set up, and are owned by women. There’s a further 17% where the business is run by a mix of men and women.

But that still means three quarters of the restaurants I’ve talked about have been male owned, or male lead.

It’s mad really isn’t it? One of the lockdown conversations I seem to have time and time again with my female friends is that they are fed up of cooking.

By that I mean they are fed up of being the person in charge of not just preparing the meal itself, but the planning of meals, the shopping for food and the washing up or the loading (don’t forget the unloading too) of the dishwasher. In so many instances their husbands or male partners just don’t seem to be pulling their weight.

I am definitely the one that’s doing the majority of the cooking at the moment. But I can’t really blame Aidan for that. I have started a food blog after all. With hindsight maybe I should have started a blog about what my husband cooked for me…. why didn’t I think of that???

But joking aside, it is crazy to think that in so many homes up and down the country women are in charge of the kitchen, and yet female chefs and restaurant owners are so few and far between.

A look at my instagram shows there’s no problem with female representation in the food blogging industry. These female home cooks make up most of my social media feed.

I have a look at the cookbooks on my shelves. I have 36 cook books. Nine of those are Jamie Oliver. Four are written by women.

One is Delia Smith. One is Mary Berry. The queens of home cooking.

One is “Salt, Fat, Acid, Heat” by Samin Nostrat. I love this book. I love that she is professional chef, so it’s full of anecdotes from restaurant kitchens. This is the sort of cook book that you sit down and actually read. I’ve learnt so much about cooking from it. Go and buy it, seriously.

The fourth turns out not to be a cook book at all. It’s called “The Taste of Britain” by Laura Mason and Catherine Brown. Until today I don’t think I’ve ever opened it. I have no idea why where it came from. This book is actually a compilation of British produce. Explaining the history and the techniques behind all sorts of regional specialties. Yorkshire oatcakes, elderflower cordial, piccalilli. Plus hundreds of things I’ve never heard of. Rowan jelly? Buckling? Puggie Bun? No idea. But it looks fascinating. Now it’s off the shelf it’s staying out. I’m going to read it.

You wouldn’t find what I’m cooking today in there. Today I am off to France.

Lady of the Grapes is a restaurant and wine bar in Covent Garden owned and run by Carole Byron. I stumbled across this place when out with a friend. As luck would have it they had a table. So we sat down, ate some excellent cheese and charcuterie, and drank a really gorgeous bottle of wine.

Wine, it turns out, that was made by women. 80% of their wine list is wine made by female wine makers. The names of who makes each wine appears on the list next to each bottle.

Less than 15% of Master Sommeliers are women. When you go out to dinner how often is the wine list given to a man at the table to pick? Carole and her team are challenging this, putting female winemakers, and sommeliers, centre stage.

Our Aim: To ensure each and every customer has a delightful epicurean experience while supporting female winemakers. We see more and more women taking the lead and being in charge of vineyards, so let’s shine a light on them within this industry traditionally male-dominated.

What on earth is an epicurean experience?

Turns out that epicurean means “a dedication to sensual enjoyment, especially that derived from fine food and drink”.

Well that sounds OK doesn’t it.

I’m not sure sensual is the word I would have used to describe a catch up with a friend over a bottle of wine.

But the restaurant did create a wonderful atmosphere. The lighting was low, the music was playing softly. The wine smelt amazing and tasted amazing.

It wasn’t just the wine that was smelling good though. So were the dishes of melted cheese coming out of the kitchen. Oozing baked camemberts. Pots of cheese fondue. And tartiflette.

Tartiflette originates from Savoy in the French Alps. It’s a dish of potatoes, bacon, onions and Reblochon cheese. All melted together to create the most amazing plate of food.

I didn’t know that Reblochon was used to make this when I bought some in the supermarket the other week. I was buying cheese for Aidan’s birthday. No celebration is complete without a cheese board in this house.

One of my randomly selected cheeses was a Petit Reblochon. Aidan ate a bit of it and said it tasted like feet. A cheese that smells like feet is one thing. Tasting like feet is quite another. It’s the same reason he’s not a massive fan of Taleggio. I thought it was delicious.

So what should I do with this leftover cheese?

I was just going to eat it as it was. But as soon as I discovered this was the cheese used to make tartiflette that changed everything.

It’s such a simple dish to make. Simply chop a baking potato into chunks and boil it until almost cooked. Meanwhile fry some onion, smoked bacon and garlic. I added some thyme too. Once the onions start to colour and the bacon is crispy add a splash of white wine to deglaze the pan, take off the heat, and stir through some creme fraiche.

Next simply slice and arrange the potatoes in a small ovenproof dish or pan. Pour over the creamy onion and bacon mixture, then slice and add the Reblochon on top.

Because I made mine in a small oven proof pan I simply took this to the table, armed with a fork, and devoured the whole lot. There is something incredibly satisfying about eating your lunch straight from the dish it was cooked in. Looking at a pan of melting, bubbling, cheesy goodness and thinking – this is all for me.

Perhaps not the healthiest of lunches (I’m having salad for dinner) but certainly one of the most satisfying. Perhaps even epicurean.

What was definitely not epicurean was trying to wash the pan up afterwards. The leftover bits of Reblochon stuck to the pan did not want to budge. After soaking the pan twice and finally resorting to a Brillo pad, I wonder as I’m scrubbing, was it worth it?

Yes. It definitely was. 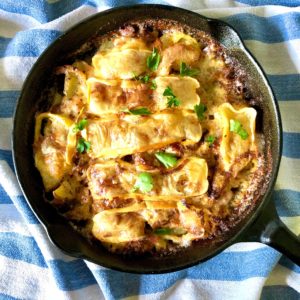