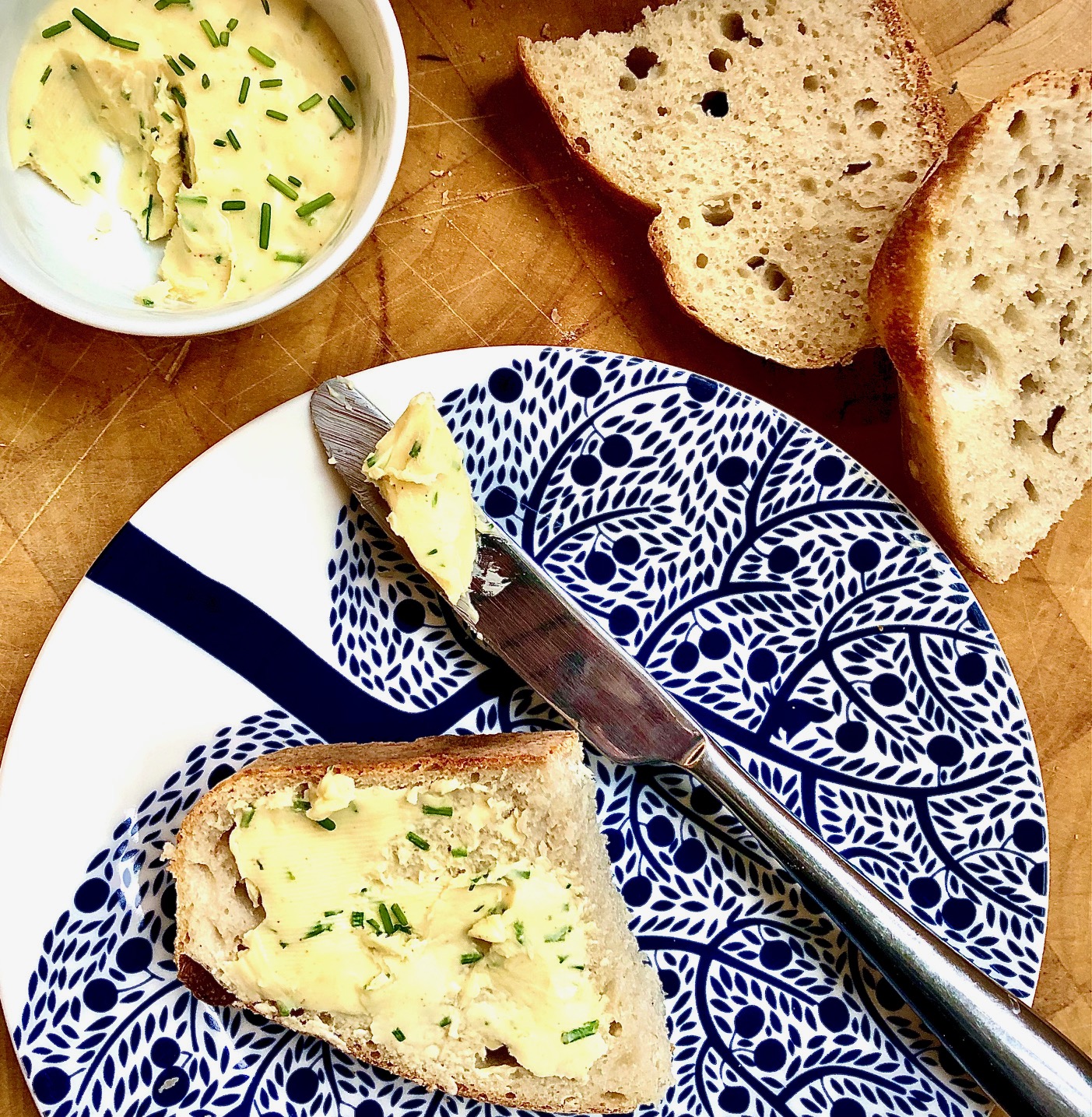 It’s the start of January. For most people this is a time to dread. Back to work. Back to the gym. Dry January. Veganuary.

If however, like me, you have your birthday in the first few days of the new year then you will ignore all of the above.

And let me tell you this is the one and only benefit of having your birthday in January. An excuse to ignore any notion of reinventing yourself. You just carry on as normal. Quite happy as you are and eating as much cheese as you like.

However as much as you escape the perils of a January detox, many of your friends are not so lucky. Which is bad news for birthday celebrations.

I’ve lost track of the countless birthday dinners I’ve had where I’ve watched my friends count the calories in their meal. Or count the pennies for a tip as they try and save some cash.

No one ever wants dessert. Or that one for the road. Your nearest and dearest call it an early night, citing work deadlines and early morning exercise routines as excuses. They want to be home and in bed by 10pm.

That’s before we bring the dreaded Dry January into the equation. It’s almost impossible to get anyone to go to the pub, let alone enjoy themselves.

So I’m used to low key birthdays. A quiet but lovely day off, just me and Aidan with a delicious dinner at the end of it. A meal with wine. And dessert. And cheese. And then more wine.

But a lockdown birthday? I’m starting to get food anxiety already. Where is my lovely birthday dinner going to come from???

For the first time in my adult life I am not going to be going out for dinner to celebrate. We are staying in.

In the fear that this might also turn me into some kind of soda water drinking, salad eating, early to bed misery guts I’ve decided to take action. I’m upgrading what would have been a night of indulgence to a whole week of feasting.

Yes that’s right. Each day this week I’m going to cook up something as delicious, decadent and downright calorific as I can muster. A seven course tasting menu, no less. With each course inspired by a different restaurant.

Usually I would pick a restaurant I had never been to before on my birthday. So now I’m picking seven. Seven gorgeous sounding restaurants I would like to have a birthday at someday. And I’ve never eaten at any of them.

So we begin with what is always one of my favourite parts of eating out. You’re sat in the restaurant, hungry and slightly tipsy from a few G&Ts in the pub beforehand. You try and decide what to order. And then a waiter brings you some bread, and if you’re very, very lucky, a delicious butter to go with it.

I swear that a little bread and butter can tell you all you need to know about the restaurant you’re about to eat in. If it’s delicious you know your in safe hands. You’re going to have a good night. You will eat well and be well looked after.

Good bread and butter isn’t just a reflection of the cooking. It say’s just as much about the service. Too many times I’ve eaten half stale bread that a waiter has pre sliced hours before, unable to take the time to slice some fresh every now and then for new diners. Or the butter is fridge cold, with no-one remembering to take it out before service.

Or they get the bread/butter ratio all wrong. Either too much butter, leaving you lusting after extra bread. Or the worse crime at all. Not enough butter.

Yes I believe that bread and butter can be the making, or the undoing, of a really good meal.

And at Bermondsey Larder there is no mistake that it looks like they get off to an excellent start.

Now we’re talking! No tiny sliver of stale bread here. A loaf to share! What a magical thing! I’m guessing as it costs £3.50 it’s not the largest loaf in the world, but there is still such a sense of generosity and indulgence in having something just for you.

Owned by Robin and Sarah Gill, Bermondsey Larder is the new venture from the team behind The Dairy in Clapham, this is sadly no more. Another restaurant that is now closed for good due to the pandemic.

But the new restaurant in Bermondsey sounds right up my street. After all, it’s in Bermondsey. Much easier for me to get to than Clapham. And in my own personal opinion much, much nicer.

So here we go. Another lockdown looming. Another sourdough loaf.

I’ve had to start planning a few days ago for this bake. As my original lockdown starter is looking a little feeble. It’s got a rather odd smelling layer of liquid on top and definitely looks a shade or two greyer than it used to.

But before I thow it out and start again I have a quick read online. Apparently you can revive a sourdough starter. It just takes a little patience.

So since New Years Day I’ve been on a strict feeding regime. After getting rid of the liquid and any grey matter, a scoop of the original starter goes into a fresh jar. It’s fed flour and water, twice a day (every 12 hours to be precise). Three days later and it’s looking a lot more perky.

More proof that starving yourself in January is never the answer.

So with my rejuvenated starter ready to go it’s time to bake.

A new year calls for a new sourdough recipe.

Not that I have anything against the one I usually use from Hobbs House Bakery. That one always tastes lovely. It’s just I’ve never quite mastered the shaping, and am getting rather fed up of producing loaves that resemble crusty cow pats.

So this method is cooked in a pot. Which means that the pot does all the shaping for you. Plus with a lid on (I’m using my trusty Le Creuset) it is also self steaming, so no need to pour water into the bottom of a ferociously hot oven, almost certainly leading to burning your hand, setting off the fire alarm, or in my case…both.

However cooking bread in a casserole pot with a lid on does seem a little strange doesn’t it?

No kneading. No shaping. It practically makes itself.

I’m following a recipe from Feasting At Home. It uses a lot less starter than I’m used to. Just 90g mixed with water, rather than 300g straight into the flour. You mix it all together and just leave it in the bowl. Pull up the edges a couple of times.

And then leave it overnight.

This morning, poking my dough, I was not convinced. It’s had 12 hours proofing time still looks very wet and sticky. 90 minutes later, it’s still just as sticky, but has expanded a bit more and has some bubbles forming on the top. I’m hoping that’s a good sign.

Next I have to stretch the dough. Which basically means picking it out of the bowl and putting it back in again a few times. My dough is so sticky that as I try to lift it out the bowl the first time the bowl simply comes with it, suspended in mid air by a doughy string. But a couple more lifts and the dough starts to behave.

Now its into a new, parchment lined, bowl and into the fridge. I’m not entirely sure why, but by this point I am so far beyond anything I know about bread making so I just do what I’m told.

The Le Creuset pot goes into the oven to preheat. Once up to temperature the dough gets lifted by the baking parchment into the hot pot and the lid goes on. I have to admit that is far easier than trying to turn out dough onto a hot oven tray.

It’s only after it’s been in the oven for 10 minutes that I realise I’ve forgotten to cut any slashes in the top. These help the bread expand, and sure enough when the lid comes off I see a glossy pale crust that hasn’t risen as much as I think it should.

I cut couple of quick slices across the top with a knife in a vain attempt to try and get it to rise more as it finishes cooking.

Back into the oven, now without the lid to leave it until a dark golden brown. The recipe says 10-15 minutes. I leave mine in there for twenty. Holding my nerve to try and get a decent crust.

Which in the end I manage. The crust is great. The inside of the bread is a little doughy in places though. Perhaps my oven wasn’t quite hot enough. I really like the flavour, and is nice and chewy which I like.

So now I have a whole sourdough loaf.

Granted it’s probably slightly larger than the ones at Bermondsey Larder – seeing as I think mine would feed 10 people – but still it’s ready to go.

Next up – the whipped herb noisette.

Noisette simply means hazelnut in French. But there are no nuts in this recipe. This is a beurre noisette. Hazelnut butter, aptly named, as you brown butter until it is the colour of hazelnuts.

All you need for this is butter, more butter, salt and whatever soft herbs you fancy. I had some chives on the windowsill so they got chopped and added in.

I warn you. This butter is delicious. So make lots of it. Be generous. You won’t regret it.

Take some unsalted butter and slowly melt it in a small frying pan on a medium heat. Stir it occasionally. Over the course of a couple of minutes the butter will turn nut brown, and start to smell wonderful and toasty.

As this is happening cut the rest of the butter into small cubes and leave in a bowl to warm up. You want equal parts melted butter and cubed butter. Ideally use unsalted, and then add salt later.

Once you have your gloriously nut brown butter pour it over the cubed butter and start to whisk. Ideally with an electric whisk on a low setting to begin with, to allow the solid butter to gently melt and incorporate with the brown butter. Then increase the speed slightly until you have a lovely light and smooth whipped butter.

Add some salt and your desired herbs and pop it in the fridge for a few minutes to firm up slightly whilst you cut into you lovely sourdough loaf.

Who knew that by melting and cooking butter it would transform into something so delicious and nutty?

Forget no-knead bread. This butter is the biggest revelation I’ve had in the kitchen for ages.

Let’s just say if the rest of my birthday week cooking is as good as this butter, then I’m in for a treat.