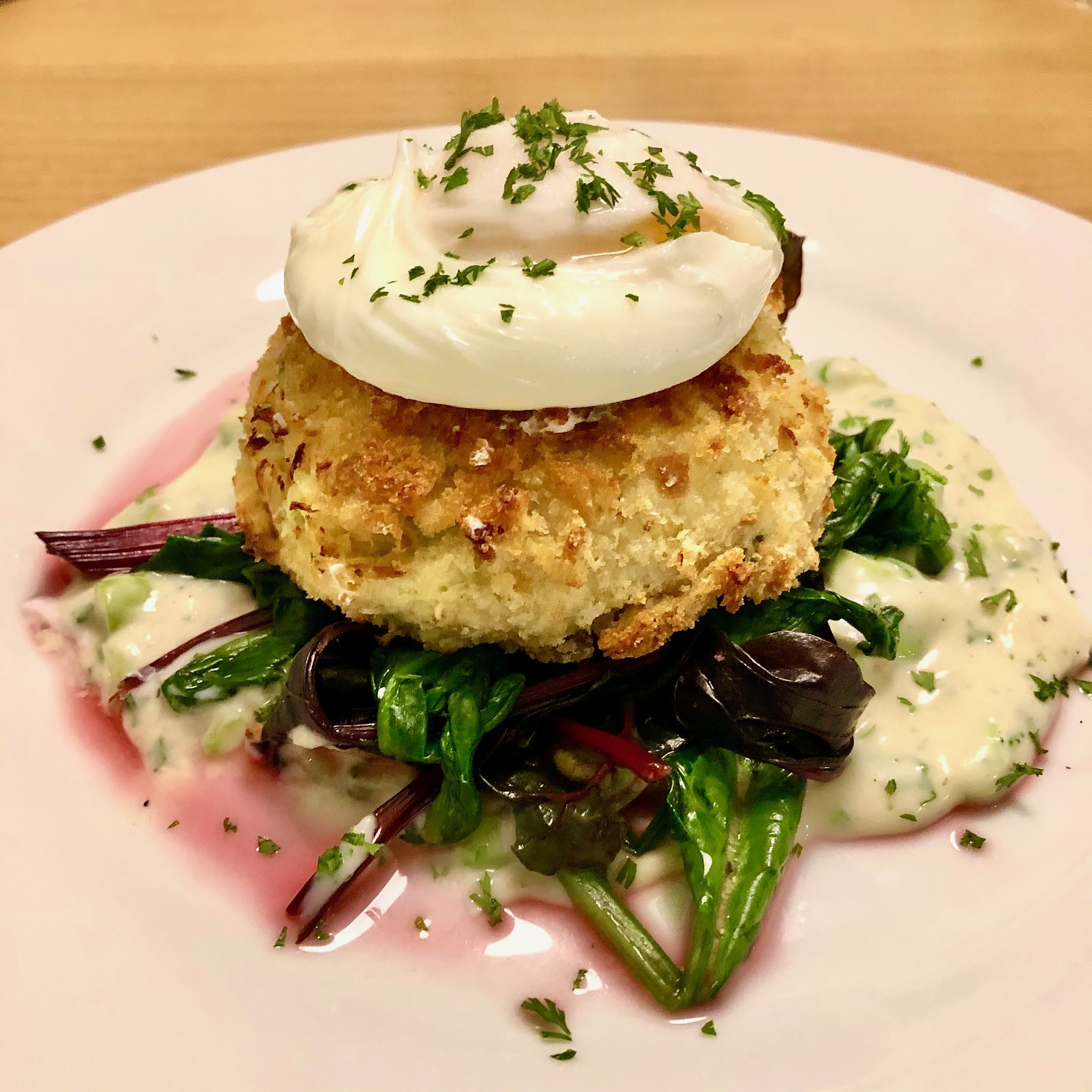 I realise that other than a brief mention of a restaurant in York last week (and that was mainly because it was the only place I could find with ratatouille on the menu!) my posts have been somewhat London centric recently.

I mean, seeing as I live in London it’s fair to say there’s always going to be a steady bias towards restaurants here. Simply because that’s where I eat out.

Even right now where eating in restaurants isn’t on the cards, I can still wander past a place with it’s menu on display, or see the takeaway or deli services they are offering instead.

But seeing as the main point of this blog is to be inspired by restaurants at a time when hospitality is under enormous pressure, it seems a bit unfair to forget about the rest of the UK.

So for the next few posts I’m leaving the capital. And there’s no better place to start than Edinburgh.

Edinburgh is one of my favourite places in the world. Possibly the only other place in the UK where I would happily live right now. I may have experienced the city for the first time during the Fringe Festival, but I’ve since discovered that the magic of the city cannot be found when the hoards of theatre folk and tourists pack it out during August.

No the joys of Edinburgh lie in being able to discover it slowly, wandering without crowds or street performers.

It turns out I still have much to discover. Cafe St Honore, for example, I have never heard of. Described as being hidden down a cobbled lane, in the heart of New Town, this restaurant serves up simple Scottish food, using organic produce and sustainable methods.

The restaurant is named after the patron saint of pastry chefs. I had no idea pastry chefs have a patron saint! I may not be a Catholic, but I’ll definitely be sending some kind words his way next time I’m baking. Maybe that’s where I’ve been going wrong all these years. Perhaps you just need to pray to the right Saint to avoid that burnt crust or soggy bottom.

Back to the restaurant. I’m not making something off the dessert menu today. I’m making fishcakes.

Mainly as part of my drive to empty the freezer as much as possible. By the end of lockdown 2.0 I want to have eaten anything remaining from the first one. That’s the plan.

So out comes some delicious smoked haddock from Fresh Cornish Fish. True if I was being authentic I should be using Scottish smoked haddock. But if I’m honest I’ve no idea what fish the restaurant use in their fishcakes. All I have is a photo.

You don’t need to be Sherlock to work out the ingredients here (other than inside the fishcake that is…). A poached egg on top, spinach underneath. Simple.

I follow this recipe from Sainsburys. Other than I don’t have any chives so I use parsley instead.

I start by boiling the potatoes and leaving them to steam dry before mashing. At the same time I poach the haddock in milk and the flake it into the potato, along with spring onions, mint, parsley, peas and some flour and egg white. I shape them and into the freezer they go, to firm up before I cover them in breadcrumbs.

However I can’t face the idea of throwing the poaching milk away. I decide to make a béchamel sauce with the milk. Melting butter in a saucepan adding flour and then slowly adding the fishy milk bit by bit. Lots more parsley goes in. I also add some chopped carrot tops. I’ve got them leftover after a raid of the veg patch. Another thing I want to save from the bin.

Waste not want not.

Putting the fishcakes in the freezer is a great tip. After 20 minutes they have firmed up enough that I can coat them in flour, egg white and breadcrumbs and then back in the freezer again to firm up some more before frying.

Why am I only use egg whites in this recipe? No don’t worry I’m not on some ridiculous diet. The yolks are destined for a custard to go with a crumble I’m making. More on that another day.

Not wasting eggs I think was my greatest achievement of lockdown (except for the slightly disastrous attempt at making Crispy Pullet Eggs). Never again will I throw away an egg white just to use the yolk. Also I’ve learnt that egg whites on their own are perfect for binding ingredients together. In fact it almost seems a shame to use delicious yolks to stick things together when they could be used for something far more satisfying. Custard, mayonnaise, or an extra yolk to make a richer pasta dough.

Yes it’s fair to say I am definitely not on a diet.

I shallow fry the fishcakes for a few minutes on each side until golden. Then pop them in the oven for 20 minutes.

All that is left to do is to wilt some spinach. I’ve also got some small rainbow chard leaves from the garden so these go in too.

I spoon the herb sauce onto plates, add the wilted greens and the fishcakes. Adding rainbow chard to the spinach means a pink cooking liquid spills over the plate, which although not intentional, looks quite nice.

Whilst I’m “faffing around making things look pretty” as Aidan describes, he poaches the eggs for me.

Annoyingly his poached eggs come out far neater than mine ever do. How has he managed that?? I sit down to eat with a slightly smug looking husband.

I’m so glad I made the parsley sauce. It basically makes this taste a bit like a desconstructed fish pie. In fact, a fish pie fishcake with salmon and prawns too, would be amazing wouldn’t it??

Simple food. Sustainable fish. Veg from the garden or from Oddbox. Nothing wasted. This is exactly the sort of food I like to eat.

And the sort of food you can expect at Cafe St Honore. If you can find it hidden down a cobbled lane that is.