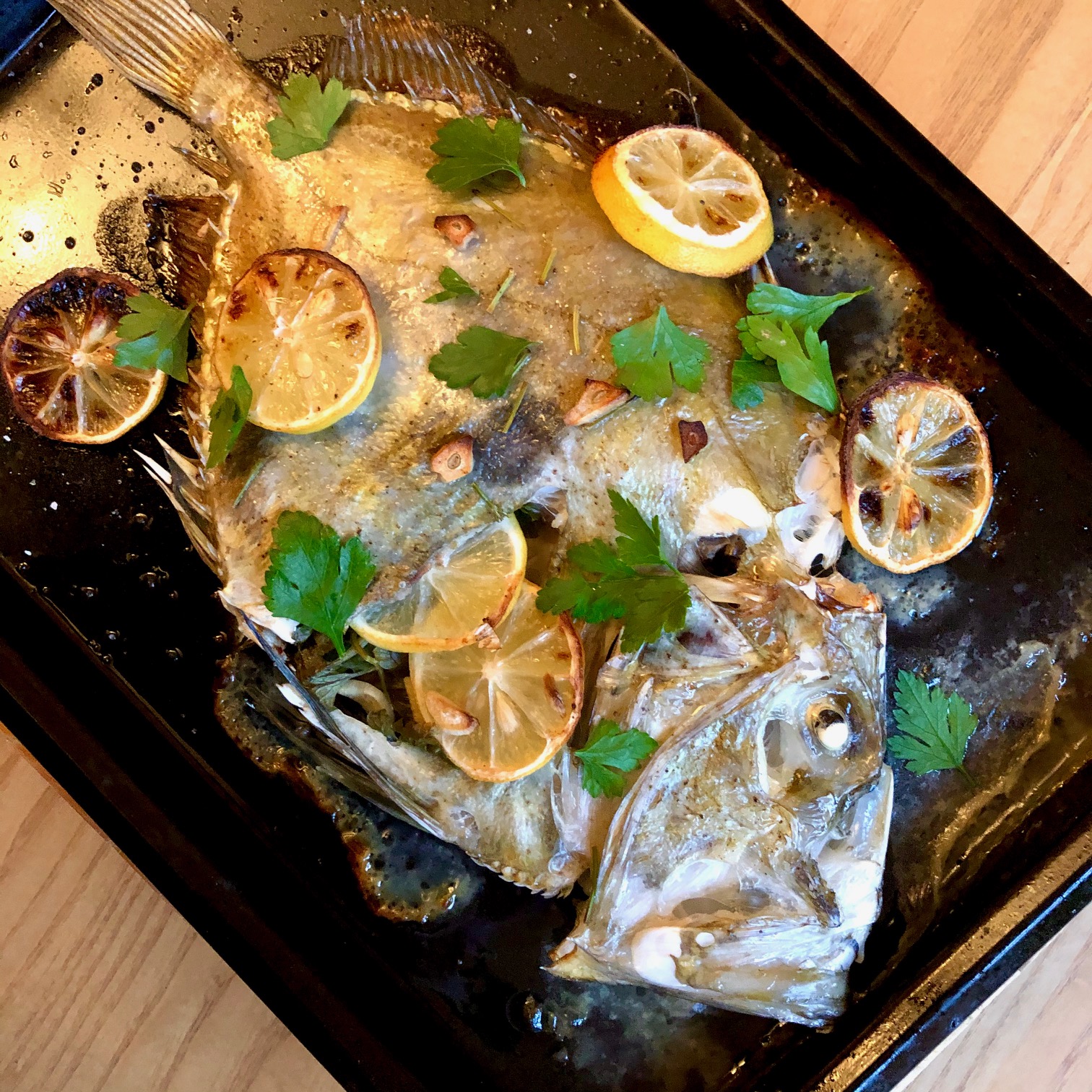 It seemed like perfect timing that Nathan Outlaw announced his new restaurant venture at the same time as I got an email from Fresh Cornish Fish telling me John Dory was now in season.

As much as this was partly a business decision, due to needing to fit in two sittings in a service to make the business financially viable (goodbye long tasting menus), Nathan Outlaw also describes how this was a personal choice. Moving away from the pressures of maintaining two Michelin stars, to focus on what he loves best. Cooking amazing local seafood, simply, in a wonderful setting.

It just shows how this pandemic is making us all ask not only how can we can get back to normal, but do we want to? For every part of our life that we miss, I bet there is something else that we don’t.

Like many people I’m realising that my ‘normal’ before lockdown isn’t perhaps the normal I want to create after.

I’ve enjoyed slowing down, having time off and learning new skills. I’m missing work. I’m desperate to get back into a theatre. But I haven’t missed the 60 hour weeks, the sleepless nights and the pressure to always take on more than I can handle. Like many, I’m hoping for a bit more balance in my life going forward.

So I think Nathan Outlaw has the right idea. Scrap the commuting to London (his restaurant at the Goring hotel will not reopen), the Michelin stars and the expectations of diners. Focusing instead on having fun, cooking what you love, and sharing it with people.

I have to say I’m a bit jealous. The idea of being in Cornwall right now is pretty appealing. I can’t imagine living anywhere other than London. But after four months, I’m desperate to see the sea.

For now I’m having to settle for cooking something from the sea. That’s as close as I’m getting to Cornwall right now.

I’m trying to remember if I’ve ever eaten John Dory before. I’ve definitely never cooked one. Maybe I’ve eaten it in a restaurant. But it’s one of those fish, like Turbot, that I’ve always associated with being really expensive and therefore not in my budget.

So imagine my surprise when I look on Fresh Cornish Fish and it says you can buy a whole fish from £1.50.

Yep. You can buy a fish under 300g for £1.50. There’s a catch (excuse the fish pun). A John Dory only has about a 30% yield. This means that only about a third of the whole fish you buy is meat. The rest is the bones, fins and the head.

In the case of John Dory nearly half the weight of the fish is in the head!

But I don’t mind this. Because a fish head to me means one thing. Making fish stock.

In the end I opt for a fish in the 500g-1kg bracket for £9.99. My fish that turns up weighs just over 900g. Which turns out to be just right. Enough for two people for dinner. And just the right size for my roasting tray.

They’re definitely not the prettiest of fish. Here it is with some mackerel and hake fillets, all delivered fresh from Cornwall.

This dish couldn’t be simpler. I can see why Nathan Outlaw had it on his opening menu for New Road. He roasted it whole with garlic, lemon and parsley, for two people to share.

Fresh Cornish Fish have gutted the fish for me, so there’s nothing to do other than stuff the cavity with some slices of garlic and lemon and a bunch of parsley. Seasoned with salt and pepper, drizzled with olive oil and then more garlic and lemon slices on top.

I originally wanted to give the fish 20 minutes in an oven set to 180°C. However the jersey royals I’m cooking to go with the fish take a bit longer (might have had something to do with me accidentally turning the hob off…. oops) so I turn the oven off but leave the fish in there for another 5 minutes, waiting for my spuds to catch up.

I reckon 20 minutes would have been fine. But the joy of cooking fish whole is that it doesn’t dry out or turn to mush quite as quickly, so a few minutes extra didn’t hurt it.

Once I eat it I know I’ve definitely never had John Dory before. It’s so delicious. Sweet and meaty and not like any other fish I’ve eaten. Worth every penny.

Especially as the bones and head then go into a pan to make some stock. Now sitting in a bag in my freezer, ready for another recipe.

A simple dinner. But a special one. Not just because of the fish. It was one of our last midweek dinners together before Aidan went back to work properly. With the pub back to (almost) normal hours he’s working evenings again.

After nearly four months of spending our evening together, this will take some getting used to.

There will be lots more dinners for one for me in the coming weeks.

Another small step back to normal. Whether I like it or not.