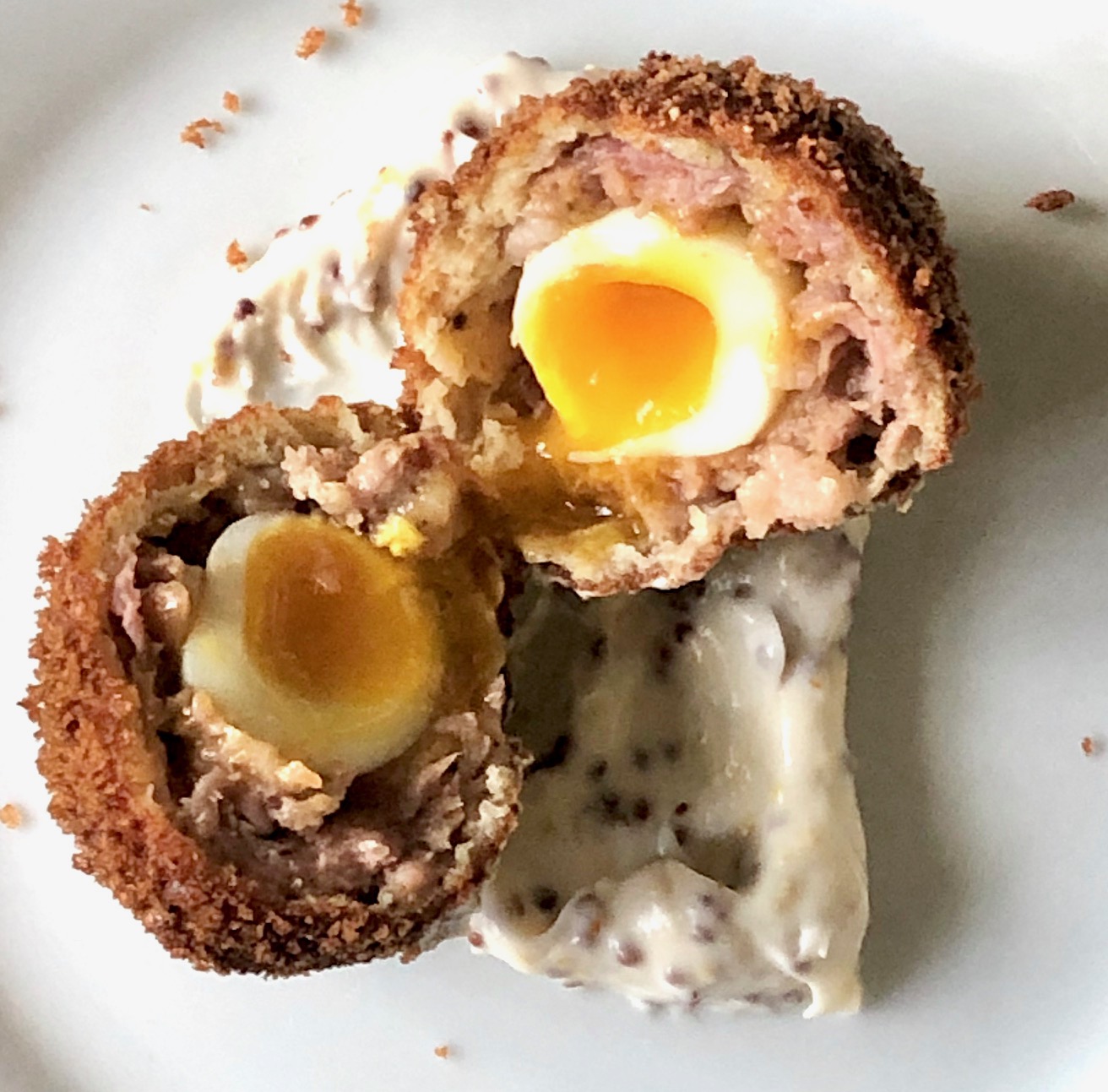 inspired by The Hind’s Head

It’s Wednesday. After finally deleting postponed events from my calendar this morning a positive side effect is that I know what day it is.

On a Wednesday evening I would normally meet Aidan at work. This would be his night off. Seeing as Aidan runs pubs meeting him at his work isn’t too much of a hardship. There’s normally a free drink in it for me.

We are pub people. Sure we love going to restaurants. A cocktail bar every now and then is a nice treat. But the pub is our natural habitat. And we, probably like so many others right now, are really missing the pub.

A great pub is more than just a place serving drinks. They are places to meet friends, make new friends, and, above all, a community. A pub is like a friendly neighbour. We may never have borrowed a pint of milk from a pub but our local has helped us out more than once when we needed a lemon.

As we moved from lock ins to lockdown these communities were put on pause. Don’t get me wrong I think closing is the right thing to do right now. But at a time where we all need a bit of community spirit, it feels strange that a part of ours is not there.

In my mind there are four types of pubs.

Firstly you have your big, family friendly, good Sunday roast and a decent pub quiz kind of pub. Maybe they’ve invested in a pizza oven for their beer garden. There’s probably a stack of board games on a shabby piece of vintage furniture in the corner. Their gin selection is enormous. A look at their menu and I bet you would find smoked garlic, sourdough or harissa jazzing up the classic pub grub. This is a decent pub.

Second is the pub where everyone knows everyone. I admit these can be a little daunting on your first visit. You have to fight to get to the bar, not because it’s busy but because locals sit around every square inch of it. But give it time, they just don’t know your name yet. Their menu will be pub classics but chances are the Sunday roast will be spectacular. They will sell scampi fries. And probably pickled eggs. They may or may not know how to make an aperol spritz. But they will remember you and what you drink. These, in my opinion, are the gems of the pub world.

Third are the pubs that are not really pubs. They are restaurants. They look like a pub, feel like a pub, almost certainly used to be a pub. But anywhere where you can’t walk in and have a drink on a Saturday night because it’s all laid up for dinner. That’s not a pub. That’s a restaurant. And I get it. Pubs are great. So why wouldn’t restaurants want that lovely relaxed atmosphere of a pub coupled with their unpretentious (meaning actually quite fancy) food? And it saves on laundry – no need for proper napkins and tablecloths if you’re a pub. But you’re not, you’re a restaurant. Probably a very good one.

Finally is the sort of pub I can’t accurately describe. Because these are the pubs I refuse to go in. The might have blacked out windows. There’s probably someone singing karaoke at 2pm. The atmosphere even outside of it is one of a fight brewing. Maybe I’m being unfair Maybe these are the hidden gems of the pub world. Maybe they are are secretly Type 2 pubs. But I’ll leave them for someone else to discover.

I think some classic pub food is in order. Tonight it is pub for two rather than restaurant for two. So I’m making scotch eggs.

Uh oh. I realise those quail eggs I got weeks ago (when no other eggs were available) go out of date in a couple of days. Are we really half way through April already? I might know it’s Wednesday but the date? No chance!

After a bit of research I discover that Heston’s Michelin starred ‘pub’ The Hind’s Head (definitely third type of pub) has a quail scotch egg on the menu. So here we go with my second attempt at michelin quality ‘pub food’.

To be fair to Heston the Hind’s Head website doesn’t call itself a pub. It’s described as an old coaching inn with a lounge bar and a restaurant. So basically it used to be a pub.

And now apparently it’s a pretty amazing restaurant. Another one for the list!

I find the quail scotch egg recipe on Waitrose website. (The award for most middle class sentence ever goes to…)

I start by mixing the sausage meat and bacon. As I’ve only got 4 eggs left I do a third of the recipe (the recipe says it makes 12, more on that later).

If I was making a full batch I should add 0.5g of black pepper and 0.4g cayenne pepper. How is any one meant to be that precise?? Have you tried dividing 0.5 by 3? I should be adding 0.166666g of black pepper!! I settle for a small pinch of each. Sorry Heston.

Now for the eggs. They are meant to come straight from the fridge into boiling water for 2 minutes. I only realise this as the water is boiling. My eggs have not been in the fridge (no space!). Too late now. In they go for two minutes (don’t worry Heston I timed it) and then into ice water to cool.

Next to peel them. A gentle tap and a fiddly few minutes later and one egg is now shell free – success! However the next one is not so good. Nor the next. I’m on my final egg (pressure is mounting, we need at least one egg each!) so I look for further guidance.

Turns out there’s also a video of Heston making these! Should have watched that earlier… oops. But his tip about where to crack the egg (on the rounded end where there is an air gap) means that my last egg comes out of the shell in one piece. Phew!

I don’t think a 50% egg peeling success rate is too bad. Apparently I’m a glass half full kind of person.

Now to wrap the sausage meat around the eggs. Hang on… this doesn’t look like enough meat mixture?? Here is the ingredient list from the Waitrose recipe…

Now I’m no Heston. But even I can realise that 200g of sausage meat and 50g of bacon would give you 250g of mixture. Well it would be exactly 250.9g if I had used correct quantities of seasoning.

Which brings me to to confusion in step 3 of the recipe.

3. When the eggs are cool, peel off the shells then wrap each egg in 40g of the sausagemeat

40g of mixture per egg would mean you need (hang on, just getting the calculator back out) 480g of mixture to do 12 eggs.

I need 160g of mixture for four eggs and I only have about 80g. Hang on. I broke two eggs. So actually I have the perfect amount for my two remaining!

Either this recipe has an error in the quantities. Or it very cleverly accounted for the 50% success rate of egg peeling. So therefore by this point you would only need half the sausage meat. As Heston is known to be pretty clever with food, I’ll assume its the latter.

So panic over and back to wrapping eggs in sausage meat. Which is a bit tricky but if you take your time it’s totally possible. They get covered in flour, eggs and breadcrumbs. No panko breadcrumbs here so a stale bread roll gets a quick blitz in the food processor. It will have to do. I can’t imagine Heston ever saying that.

Into the fridge to chill. I open the cupboard to get the fryer out. I can’t face it. Not for just two eggs.

So I’m going to attempt to fry them in a pan of oil instead. I take a few deep breaths. I’ve never done deep frying like this before. Fears of the house burning down flash before my eyes. No. Don’t panic. You can do this. It cannot be harder than peeling the bloody eggs.

I’ve got a meat thermometer so that tells me when the oil reaches 190°C. I’ve learnt from making chips to have the windows and door open (Aidan is on lookout duty for the neighbours cat).

But I do it. All by myself! The eggs go in and bubble away for two minutes (exactly Heston, don’t worry). It’s actually quite good fun! No oil ferociously spitting. No fire blanket needed. It’s all OK!

Then onto a tray and into the preheated oven to finish cooking. I don’t have any French’s mustard so I mix a spoonful of wholegrain into my mayo instead. That part at least I know tastes good.

Now the moment of truth.

I’m actually nervous as I cut into my egg. I’ve got visions of both hard boiled eggs and raw sausage meat all at the same time. This will be a disaster! This will have been a total waste of time!

I’ve got a runny yolk! Oh my god! A runny yolk! And it’s cooked inside! To begin with I thought it looked a bit pink, but that’s just the bacon. It’s edible! And not only that – it tastes good! It tastes like a scotch egg!

This is by far the greatest sense of achievement I have had so far on this cooking challenge. The only thing that has come close is baking my own bread. But this, this feels truly monumental! I am proud of myself.

I can honestly spend the rest of the week lying on a sofa eating discounted Easter chocolate. Guilt free. Because I have achieved something. And in times like these that is not an easy thing to do.

If only I could go to the pub to celebrate…