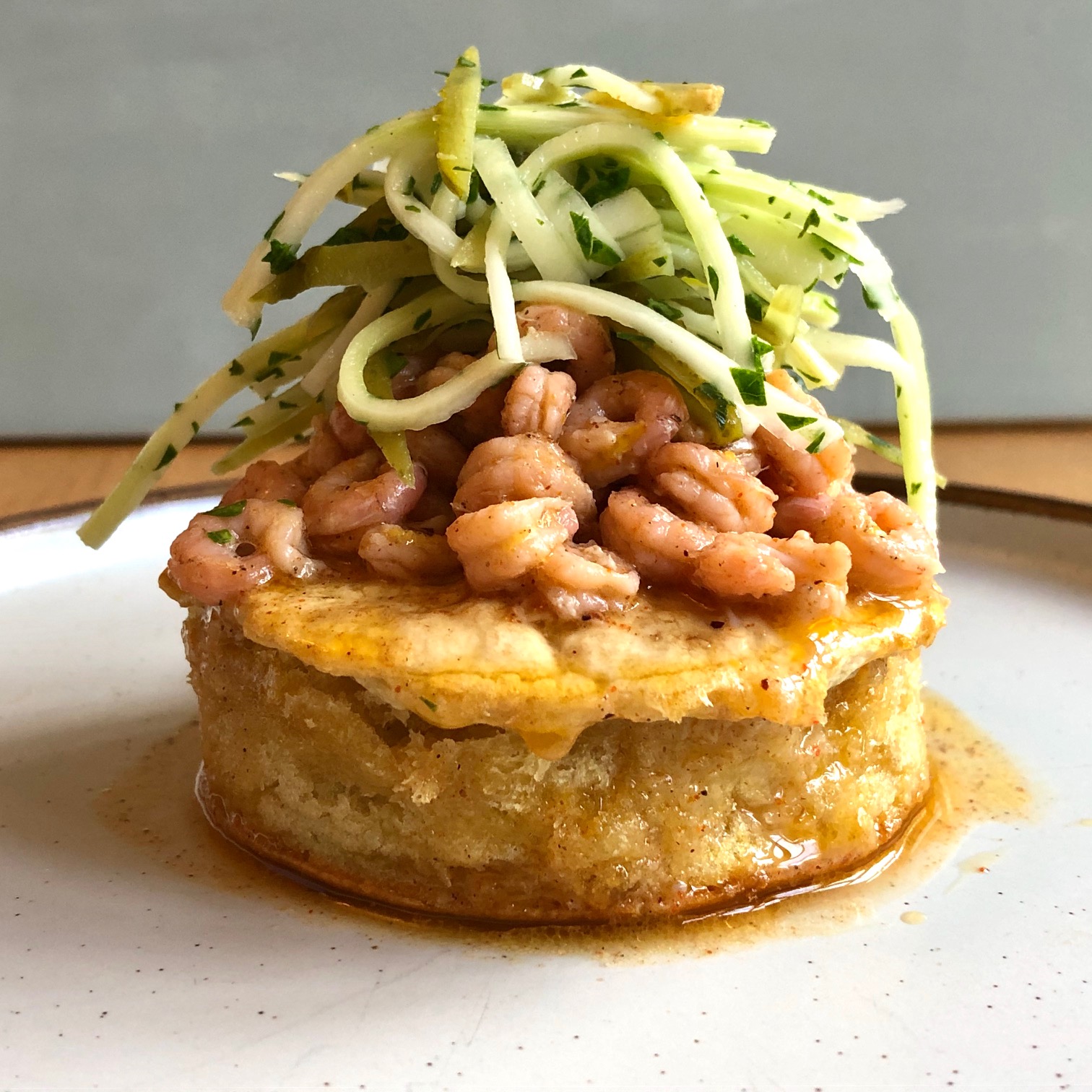 Sometimes things aren’t always as they seem. It’s amazing the power that a decent photo has to deceive or gloss over the truth. A basic principle that governs all social media. The photographs of our lives that we put out for the world to see, often don’t completely match the reality.

As I’ve starting visiting friends and families homes (often ending up in their kitchens) it becomes clear that this rule applies to food photography too.

The problem, I have discovered, with posting lovely photos of what I cook is this. People now think I’m a good cook. They think I know what I’m talking about. Suddenly I’m being asked questions. They want advice.

I like cooking a lot. I’ve become more confident in the kitchen. I am a better cook than when I started this food blog.

But when someone I know asks me for advice on how to cook I’m stumped. Because I know deep down that I’m not a better cook than them. Do they not realise half the time I have no idea what I’m doing???

Now whenever I sit in someone’s kitchen they ask for my opinion. On how to cook something, on how I would serve it. On what ingredient I would use. Or they look a bit nervous cooking in front of me. Like I’m somehow passing a silent judgement on their technique.

So many of my posts talk about the disasters I’ve had in the kitchen. The burnt bread, the sloppy omelette. I try to be as honest as I can. If something isn’t simple I say so. If I overcook it, or undercook it I confess.

But still I seem to have somehow created an impression of a greater degree of food knowledge and culinary skill than I actually have.

Because even though I take (and edit) all my photos on my phone, with no fancy kit or software, it’s amazing how many mediocre dishes can be saved with a bit of a tweak of the brightness and colour saturation. How many totally ordinary plates of food can suddenly look mouthwatering by applying a filter.

In fact I think of all the restaurant dishes I’ve tried to recreate over the past few months this gets pretty close to looking like the original.

Sadly that will be where the resemblance ends.

Cornerstone, in Hackney Wick, is run by chef Tom Brown, who has a reputation for cooking amazing seafood dishes. He trained with Nathan Outlaw. It’s another one on my restaurant bucket list. Their potted shrimp crumpet is somewhat of a signiature dish. When the restaurant opened back in 2018 it was all anyone could talk about.

So I knew I had to try making this. Mainly because I love crumpets.

Any baked item that allows for that much butter to be absorbed is a winner. In my opinion a crumpet doesn’t have enough butter on it until it has soaked all the way through, and leaves a puddle of melted butter on the plate.

I wish I could say that is what happened with my first ever crumpet making attempt.

To be fair, every crumpet recipe I read did say they were a bit tricky. Or not simple. Or needs a bit of practice. All the phrases cooks use when what they really mean is – damn near impossible, just go and buy them instead. Seriously don’t even bother.

I didn’t make life any easier for myself as I don’t own crumpet rings. I was using a couple of round pastry cutters, which sort of worked but because they were different sizes it made it impossible to cook the crumpets evenly, as they had very different cooking times.

This is the recipe I followed for the Cornerstone crumpet from Foodism.

So after greasing my (not quite right) rings and making the batter each got placed in a hot pan and filled three quarters full with the mix. Leave for 10-12 minutes it said.

So I stood there, looking at these discs of batter for 10-12 minutes. They stopped sticking to the pan which suggested they were cooking. They even puffed up, rising up (and a little bit over) the rings.

The top did form a film like the recipe said.

What the top did not form, however, was any holes.

No holes meant one thing. No way of the butter to run into the crumpets. Oh dear.

I managed to get them out of the moulds in one piece, running a palette knife around the edge and burning a couple of my fingers in the process. Back into the pan to cook on the other side.

When they had been in there for a few more minutes out they came onto a cooling rack.

I stared at them. What use is a crumpet without holes, I thought? I’ve basically made a spongy, unappetising looking muffin.

So I get a metal skewer and poke holes in my sad looking crumpets. Maybe that will help?

I leave the crumpets to one side and crack on with the part of the recipe that I feel much more confident with. Potted shrimps.

Mainly because I’ve made these before. All it means is shrimps (which you buy already cooked) mixed with a spiced butter. Usually you would put them in ramekins, add extra butter on top and leave them to set in the fridge (check out my other Potted Shrimps post).

But here we want the butter hot and melted. Ready to pour over my poor excuse for a crumpet.

I don’t have any mace so just make the spiced butter with cayenne pepper and nutmeg. Once the butter has melted in goes lemon zest and juice and a little salt.

In the original recipe the shrimps are topped with a mix of kohlrabi and gherkins. I have cornichons (mini gherkins) but no kohlrabi. What even is kohlrabi?

See there’s no way I can count as a good cook yet. I don’t even know what kohlrabi is.

Apparently the name translates as “turnip cabbage” as it looks sort of like a turnip and tastes like a cross between a cabbage and a water chestnut. Basically a sweeter, crunchy cabbage.

It’s so easy to sound like you know what you’re talking about when you have Google.

Google also informs me that a decent substitute for kohlrabi is broccoli stem. Which is handy, as I have some in my fridge.

So that gets sliced as thinly as I can manage (no mandolin, see definitely not a pro) with the gherkins and set aside.

I put the crumpets under the grill to toast. They don’t seem to go golden at all, just sort of dry out, so in the end I give up on that. At least they are hot.

I heat the shrimps in the melted butter and spoon it all over the crumpet.

The butter cascades down the sides and all over the plate. Not into the crumpet at all.

Turns out you can’t fake crumpet holes by poking them with a skewer.

I plate up the smaller of the two crumpets. A smaller portion always looks better on the plate. Once I’ve taken photos I usually head back to the kitchen and add more of whatever dinner I’m eating. The joy of restaurant food at home is you don’t have to stick to restaurant portions.

I take a photo by propping a sample kitchen tile up against my laptop and putting the plate in front of it. I’ve learnt to improvise with what I have.

A quick tweak of the image settings and there you have it. A delicious, almost restaurant quality, looking plate of food.

The reality of what I have is a large pile of delicious shrimps (that I didn’t cook remember, just heated up in butter) and some nice bits of broccoli (also not cooked, just chopped up) on a stodgy inedible mess.

I’m not, it would seem, an expert in the kitchen just yet. In fact I’m no where near. Just a home cook who is willing to spend an afternoon trying out something a bit ridiculous.

Probably not ready to start dishing out the culinary advice just yet.

Except this. Just buy crumpets. Trust me.