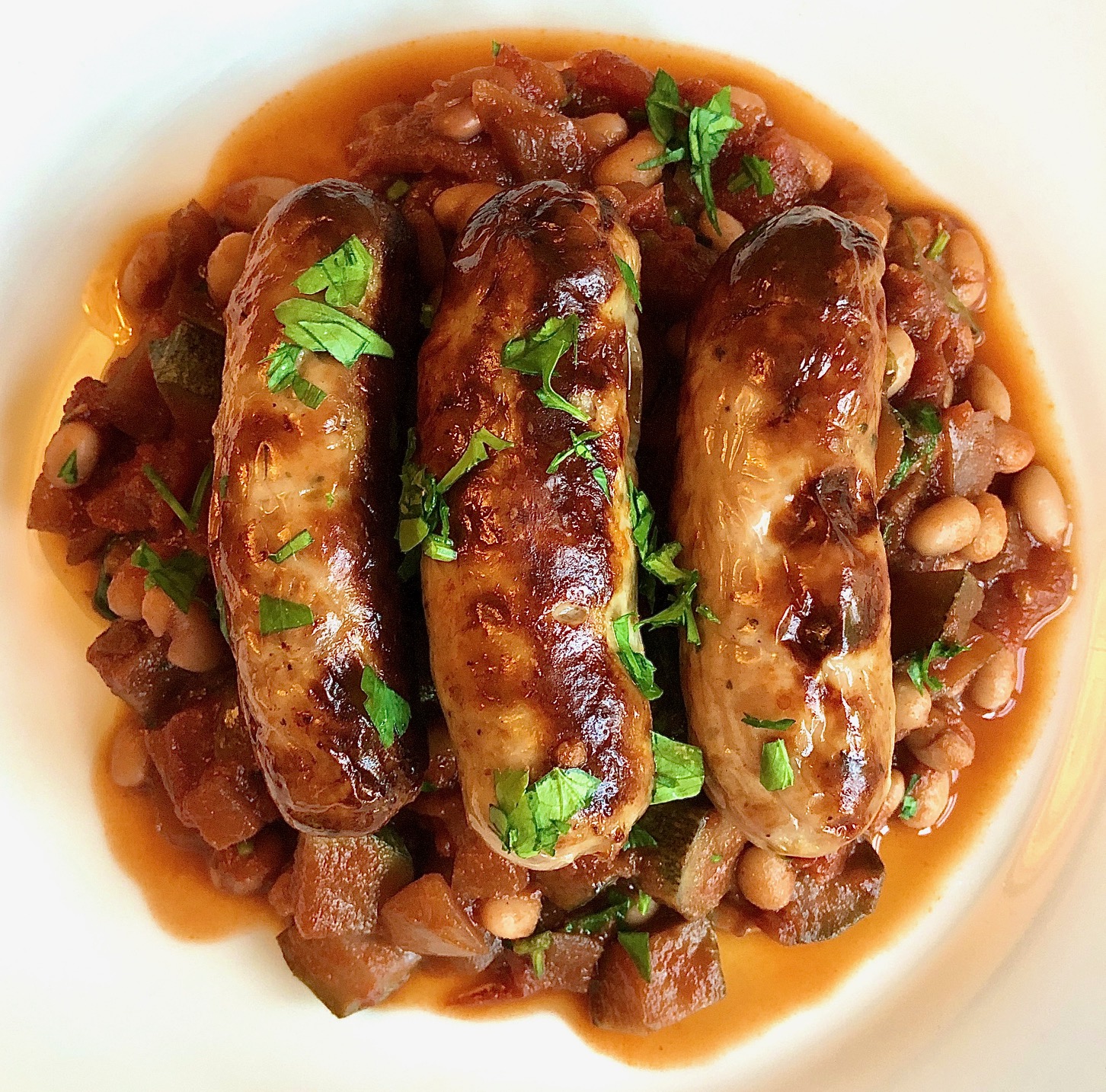 One of the things I love about writing this blog is that along the way I’ve discovered all sorts of restaurants that I never knew about before. Some on my doorstep, and some further afield.

I think I’ve only ever been to Cardiff once before. I picked up a day working at the Sherman Theatre, filling in for another Designer during the fit up of a set. I got off the train, went straight to the theatre, and then went straight home on a train.

I love theatre. I miss work so much. But one downside to working in a dark box with no windows most of the time means that you don’t actually see much of your surroundings. In the theatre you could be anywhere, which I guess is kind of the point.

But it means Cardiff is still very much unexplored territory.

So how did I come to write a blog post about a small, no-bookings restaurant and wine bar in Cardiff?

Through social media I’ve connected with so many other foodies. I’ve had detailed discussions on how to cook a carrot. I’ve had recommendations for sous vide machines (which as someone who still doesn’t own an electric whisk or an ice cream scoop, is not high on my priority list right now). The best thing is when the restaurant or chef you are recreating a dish from gets in touch. Always being kind and saying I’ve done a great job, when we know in most cases I’ve created a dogs dinner compared to the original.

One pair of foodies I’ve chatted too happened to live in Cardiff. This is their favourite restaurant.

I’ve picked this dish for two reasons. One, because its colder outside today, and so something a little less summery is required. Two, because I’m hungover. And I reckon I can make this without too much trouble. Today is not a day for complicated cooking.

The Nook has been open less than a year before the pandemic hit. Their first Instagram post was a year ago today. They opened on the 6th August 2019.

I’ve said before how small, independent restaurants have been quicker to adapt and more responsive than larger chains or destination restaurants. Let’s hope this can be said for Nook, and it’s not too long until they are open again.

I don’t have middle white sausages. Well I doubt I do. Technically Sainsbury’s doesn’t specify which breed of pig their sausages are made from. But I doubt it’s middle white.

These pigs are called middle white because they are smaller than the large whites. Sadly the small white pig is now extinct. There’s a not so fascinating fact for you.

The sausages are simple enough. They just need frying or grilling when we’re ready to eat. So I turn my attention to the bean cassoulet.

Cassoulet is a French dish, traditionally made with a mix of meat, pig skin and white beans. Since I’ve already got pork sausages I’m going to keep the cassoulet veggie. So it’s more of a bean stew really.

Into a casserole pan goes onion, garlic and rosemary and I let it fry with some olive oil on a medium heat for about 15 minutes. Once the onion is catching I add a glass of red wine and let it bubble away, scraping the bottom of the pan as I go.

I add a diced courgette. Every meal at the moment needs to involve a courgette so we can keep up with the ones growing in the garden.

Next I add some tomato puree and a tin of plum tomatoes. On goes a lid and I let the sauce cook for about 20 minutes. Once the tomato sauce is pulpy and the courgette is nearly cooked I add a tin of borlotti beans, simply because that’s what I have.

Traditional cassoulet is often made with haricot beans or cannellini beans. But any white beans will do.

Once the beans are in just keep it on a low simmer whilst you cook the sausages. Add loads of chopped parsley and you’re ready.

A simple dinner. But a really delicious one.

There’s the kind of food you eat from time to time, for a treat or a special occasion. Then there’s the sort of food you could eat every day. This is one of those dishes.

I’m not having it with a glass of organic wine, like I would if I ever went to Nook. No, I’ve had enough wine this weekend already.

But hopefully it’s not too long until we are back sitting in these small, independent restaurants, eating their simple but brilliant cooking.

Thinking about it, those are the kind of restaurants I miss the most. 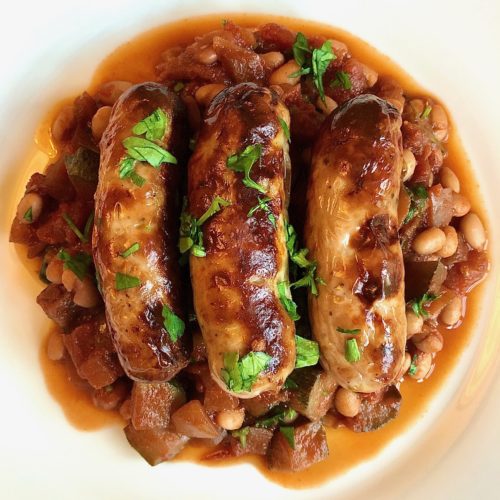