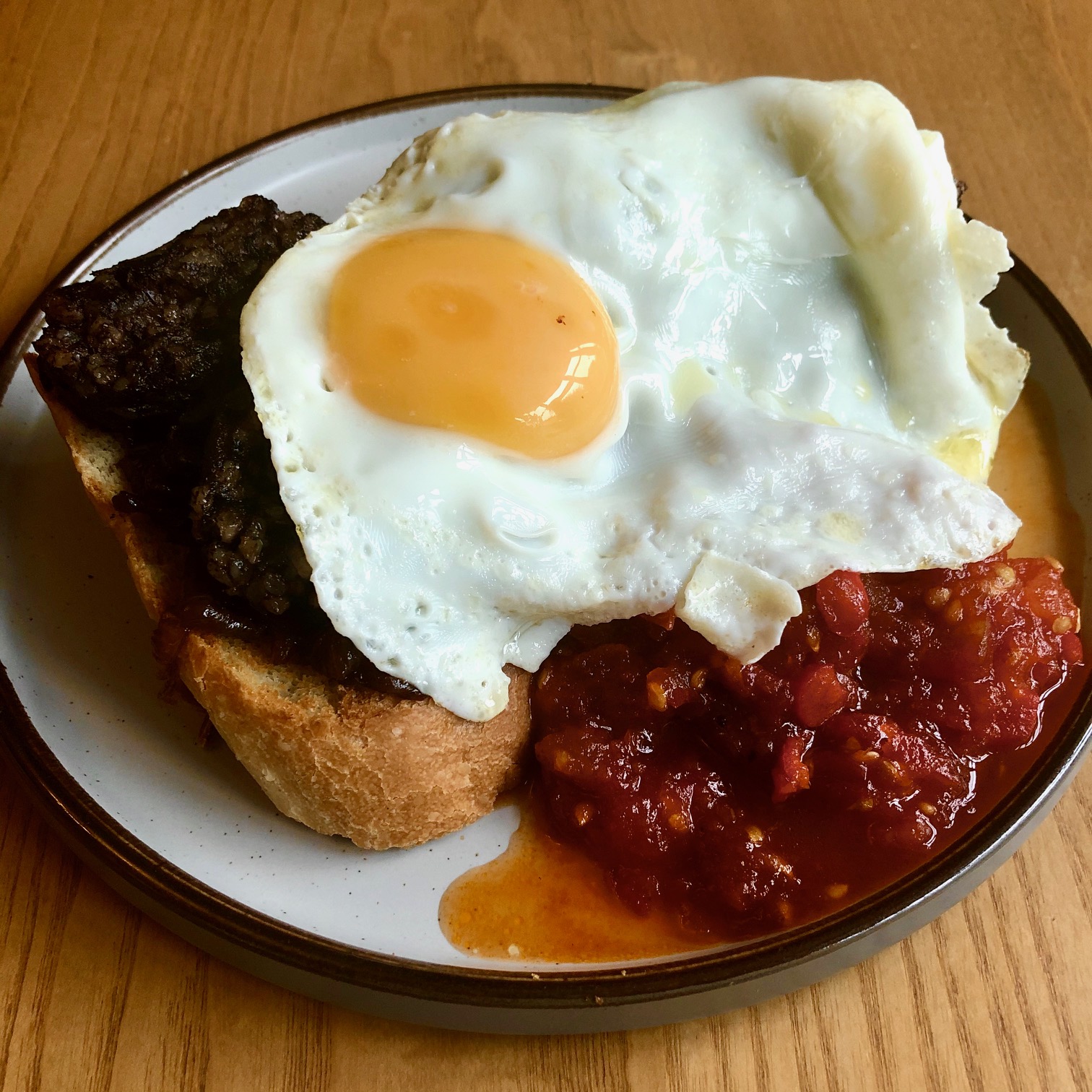 When one has reached a certain age, and the frivolities of youth have palled, one’s best thoughts are turned in the channel of food. Man’s first study is not man, but meals.

Well this sounds familiar. Obviously, at the wise old age of 32, I have rid myself of youthful frivolities and focus just on food. But if Guy Beringer, the English writer credited with inventing the concept of brunch, really took food this seriously, then why was brunch so important to him?

It turns out when you read his essay titled “Brunch: A Plea” that food isn’t the main reason for his desire for brunch. A lie in on a Sunday and time to get over a hangover seems to be the driving force.

In the first place it renders early rising not only unnecessary but ridiculous. You get up when the world is warm, or at least, when it is not so cold. You are, therefore, able to prolong your Saturday nights

I totally agree that getting up at the crack of dawn at the weekend (or on any day off) is ridiculous. In my book nothing before 10am counts as a lie in.

Beringer also argues that brunch is a more palatable, lighter alternative to eating both breakfast and then a heavy Sunday lunch. Perhaps suited to those still feeling a little queasy from the night before.

The meal Brunch is one which combines the tea or coffee, marmalade and kindred features of the former institution with the more solid attributes of the latter. It begins between twelve and half-past and consists in the main of fish and one or two meat courses.

Well I’m not sure I’ve ever had a brunch quite like this. Fish, with a couple of meat courses doesn’t sound light to me. Especially after the toast and pastries that I’m sure went with the marmalade.

P.S.—Beer and whiskey are admitted as substitutes for tea and coffee.

Now this makes sense. You need those meat and fish courses to soak up the new batch of alcohol you’re consuming. Good thinking Guy.

But I have to admit I’ve never been a fan of the boozy brunch.

I’d always blamed America for the rise in this mimosa and bloody mary fuelled ritual (quite wrongly, I now have to admit). But it was in the States when brunch first became popular with the masses, and not just some drunk English writers that didn’t really have anything else to do.

Brunch took off in the 1930s. A dwindling in church attendance meant more people had their Sunday mornings free. They aimed to emulate the glamour of Hollywood stars and rich entrepreneurs who would often stop in Chicago for a late morning meal when taking transcontinental train journeys.

Fast forward 90 years though and brunch has lost a lot of it’s glamour. Watered down cocktails, cheap prosecco and overpriced eggs dominate this dining trend. For most restaurants this is not where they show off their culinary skills and creativity. This is where they make money.

I fear I’m sounding like a party pooper (must be my lack of youthful frivolities). Don’t get me wrong. I like going out for brunch. But I like going to my local cafe for a full English more. Or even better, a lazy breakfast at home.

There is a certain irony in the fact that brunch, which was invented to try and give people a lie in, now threatens the morning rituals of so many. I just don’t want to get up, get dressed (with make up on and everything) and be back out drinking at midday on a Sunday. Especially if that means queuing from 11am to make sure you get a table. If I had my way I would still be in my pyjamas, drinking my fifth cup of tea and watching Friends right now.

My favourite Sunday meal will always be a roast. Ideally eaten late afternoon (a cross between lunch and dinner…. dunch? linner? It’s just not as catchy is it?). At home with a glass of red or in a pub with a pint. That is my hangover ritual.

However, there is a kind of brunch I can get on board with. The midweek brunch.

As a freelancer the midweek brunch is great. If you need to have a meeting you can sit and have coffee. If the meeting goes on a bit, or you were running late so had no time for breakfast, it’s comforting to know food options are there if you need them. You can forget your food anxiety and focus.

Even at home I find myself slipping into midweek brunching habits. Over the last few weeks my life has been dictated by zoom meetings. Which nearly always seem to start around lunchtime and then carry on through most of the afternoon.

Lots of theatre meetings happen at lunchtime, usually because most of the team are in rehearsals the rest of the day. But it seems even with no rehearsals and most of us sitting at home, the lunchtime meeting still lives on. On zoom.

But this begs the question…. when do I eat lunch? Because weirdly it’s perfectly acceptable to pull out a packed lunch at a real life lunch meeting. Everyone’s eating as it’s their only time to do so. But tuck into a sandwich whilst on a zoom call? This is a no no.

So I’m brunching at home. A late morning meal that get’s me through an afternoon of zooming, without the need to be stuffing my face on camera.

The other brilliant thing about eating brunch at home is that it can be whatever you like. It goes like this. Take some bread and toast it. Put on whatever leftovers you have in the fridge (hot or cold, you decide) and top with an egg. Anything with an egg on top is instantly transformed into a brunch dish.

I had some leftover Morcilla, a type of Spanish black pudding, which was destined for such treatment yesterday. And then I thought, surely there must be a Spanish restaurant in London that serves brunch?

Looking at this dish on Instagram it ticks all the boxes.

A closer inspection shows something sitting under the morcilla…. looks like onions to me. I’ve got leftover caramelised onions in the fridge too so they can go on.

All that’s missing is the piquillo ketchup. A piquillo pepper is a sweet type of chilli pepper grown in Northern Spain. I don’t have any of those to hand but I do have some sweet tomato and chilli jam that could do with eating. I fry some fresh tomatoes and stir into the jam to give it a more ketchup like consistency.

What started as a brunch dish has turned into a fridge clear out. Fantastic!

This just shows why taking inspiration from restaurants is so great. If I had just made this without finding Miss Tapas, it would just have been egg and sausage on toast. The caramelised onions and my rather random ketchup concoction has turned this dish from something simple to something amazing.

All whilst using up leftovers.

You can keep you bottomless brunches, queues for tables and Instagram worthy egg yolks.

The midweek brunch at home is my new food trend.

Miss Tapas is open on Friday and Saturday evenings right now, with takeaway offered on other evenings too. So I’ll be along to check it out. For dinner, not brunch.

Because as Guy Beringer rightly says

Dinner’s the thing; the hour between seven and eight is worth all the rest put together.