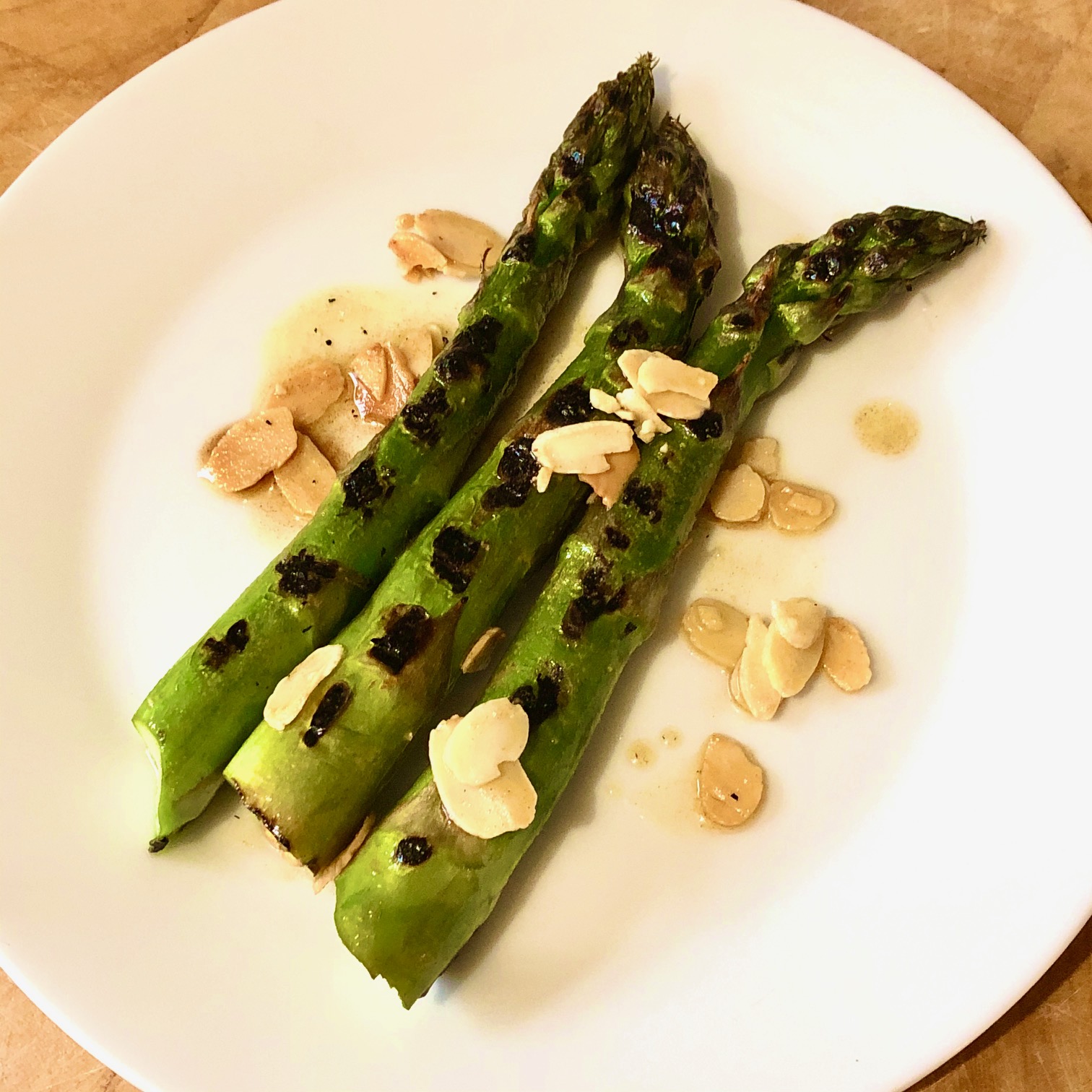 inspired by The Camberwell Arms

I’m sure I’m not the only person who woke up feeling a bit flat today.

With July now set as the earliest possible date that parts of hospitality industry can open, and with the likelihood of pubs being even later, it doesn’t seem like there’s light at the end of the tunnel yet.

It’s not that I’m shocked by this announcement. We were expecting it. But it didn’t make it any easier to hear.

Which, as it turned out, was delicious. Highly recommend trying one if you haven’t. We found roasting for 20 minutes at 210°C and then another 30 minutes at 180°C was perfect. Rest the bird upside down for at least 15 minutes before you carve it.

But today’s post isn’t about guinea fowl. It’s about asparagus.

And for that we need to go back in time. To the days before we had even heard of Covid 19.

British asparagus being in season is one of my favourite things about this time of year. However I’ve been having trouble finding inspiration on how to cook it in different ways. Normally for a blog post I would go and look at restaurant menus online, and find a dish using whatever ingredient I was interested in.

Unfortunately restaurants closed their doors before the asparagus season started. So when I look at any sample menus online…. no asparagus.

Here is where we go back in time. Because if you go through the instagram account of The Camberwell Arms, on Thursday 9th May 2019 they posted this.

9th May 2019. Theresa May was trying to get her Brexit withdrawal agreement through parliament. Harry and Meghan released the first pictures of baby Archie. British football made history by having four English clubs in the finals of both the Europa and Champions League. Stormzy was Number 1.

And The Camberwell Arms was grilling asparagus.

I can remember exactly when I first went to The Camberwell Arms. It was the 27th January 2018… even further back in time. I was having a belated 30th birthday dinner with my family. And more importantly I had just seen Hamilton in the West End. That was a good day. Topped off by the best rabbit I have ever eaten.

After that day the thought of The Camberwell Arms will always bring a smile to my face.

As the Camberwell Arms do I photograph mine before I put the Pecorino on. But when I do add the cheese I reckon it looks more like a light shower rather than a blizzard.

Either way it tastes amazing. Asparagus always does.

The season for asparagus is short. Only about 7 or 8 weeks. So we won’t be eating any British asparagus in restaurants this year.

But think ahead. To May 2021. The asparagus, I predict, will taste even better then. When we can once again eat it in restaurants.

Now there’s something to look forward to. Light at the end of the tunnel after all. 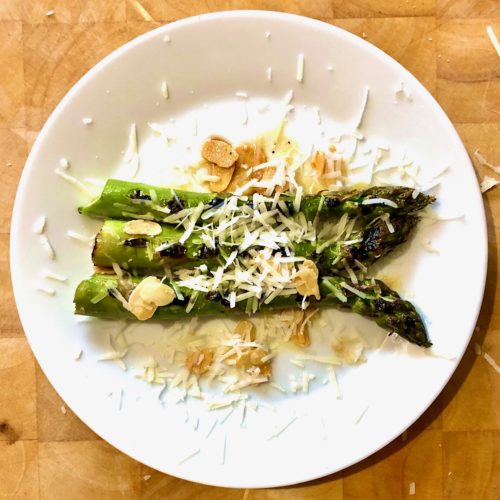