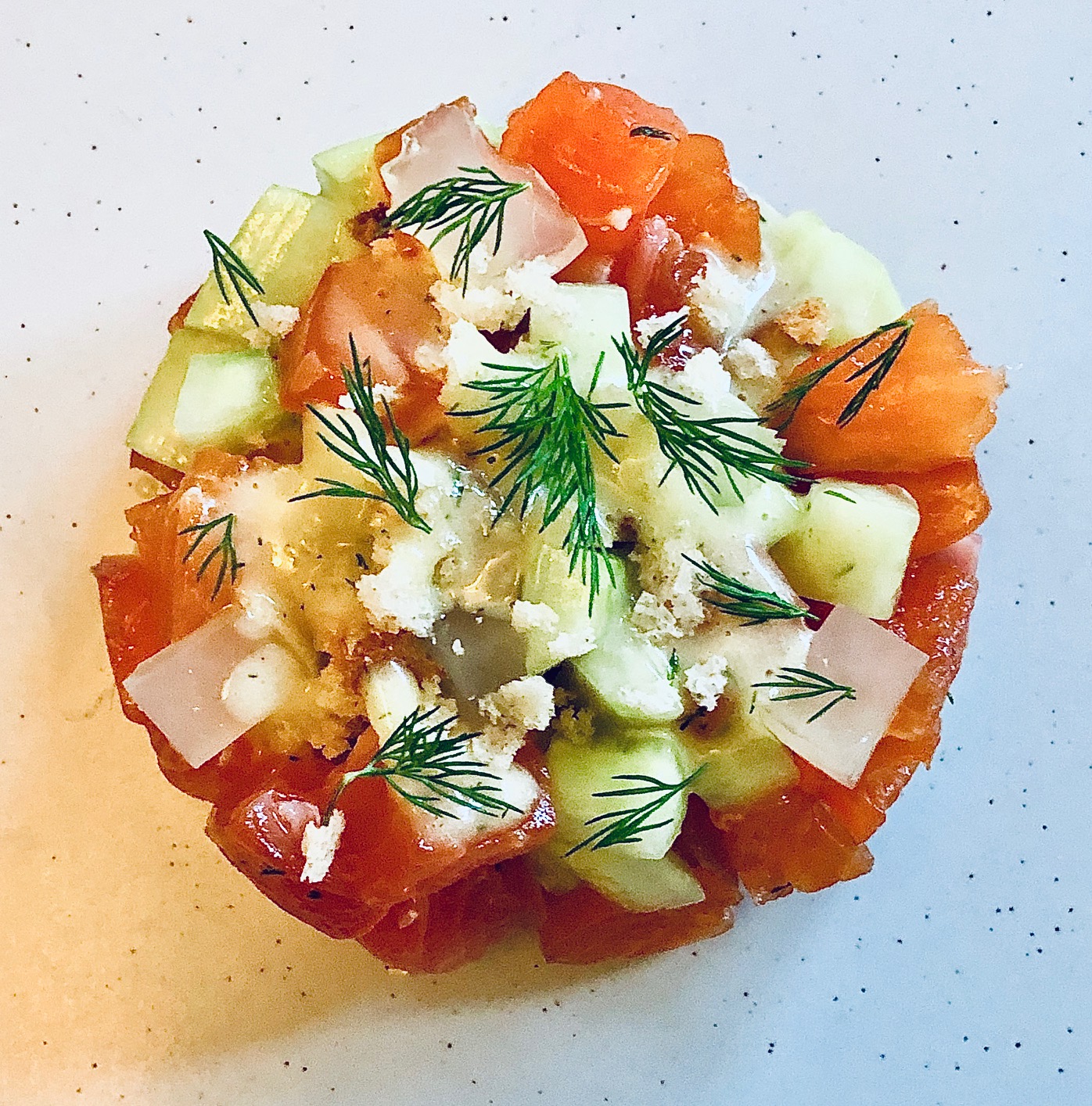 “Something horrendous has happened and our lives have changed. We’ll have to go backwards to move forwards. We’ll find a balance.”

I’ve been amazed at the resilience and the versatility of restaurants over the past few months. I don’t think any business can say it’s unchanged from the pandemic. But I think the hospitality industry, more than most, have had to reimagine how they exist.

This couldn’t be more evident than with 215 Kitchen & Drinks, which until very recently was The Oxford Kitchen. A Michelin starred restaurant in Oxford.

Whilst The Oxford Kitchen remains in lockdown, we believe that we will all need a “new normal” going forward, so we have reinvented ourselves. We have shelved our Michelin-starred eatery and plan to re-open a contemporary neighbourhood restaurant in its place called 215 Kitchen & Drinks.

Paul Welburn, in an article for iNews goes on to say…

“We just don’t know how many people will be dining out, how much money people will have. Ingredients costs will probably rise and business will be tough – so we’re going to strip everything back and start again.”

I have to say there is a certain appeal to ideas about going backwards, stripping back and starting again. With normal life on hold it feels like many of us are experiencing some kind of transformation, or rebirth, in one way or another.

Paul is right. It’s not going to be as simple as the government announcing lockdown is over and we all go back to normal. We need to find new ways to work, to socialise, and to eat. Restaurants will not survive if they do not recognise this and adapt. As Paul suggest, maybe to move forward we need to go back to basics and start again.

So I’m going backwards. To 2017 when Paul Welburn took over as head chef at The Oxford Kitchen.

It seems this dish has gone on to become a bit of a classic of Paul’s.

So much so that he’s written a recipe for Great British Chefs which sounds very similar.

This has all the same elements. A dill mayonnaise. Lemon tonic gel. And compressed cucumber. Whatever that is…?

So here goes. Attempting a very chef-y dish. But this time with a recipe so I’ve got no excuse to cut corners and blame it on improvisation.

It’s 9am and I’m pickling lemons. Really I should have done this last night as they should have a full 24 hours. But I forgot. So that’s one corner cut already.

Once my lemons are sliced and my pickling liquid (sugar, vinegar, water) is mixed I should seal everything in a vacuum bag. Seeing as I don’t have and vacuum pack bags, or a machine to seal them I’m not off to the best start. They get thrown into a freezer bag and knotted before going into the fridge.

Now onto the trout. I should perhaps have mentioned earlier that this fish is the whole reason I’ve picked this dish. Because I have some Chalk Stream Trout.

Chalk Stream Trout are farmed in outflows of the Rivers Test and Itchen in ways that have minimal impact on the surrounding environment. It makes Chalk Stream Trout one of the most sustainable fish you can buy in the UK, and so you see it on many restuarant menus.

I’ve considered buying from Chalk Stream before. You only need to spend £40 to qualify for free delivery. But that does seem like quite a lot of trout all in one go.

However I discovered you can buy it through Farmdrop. This company bring together a whole host of farmers and food producers across the country and can deliver them to your door. You might have to spend £60 to qualify for their free delivery, but at least you can shop across lots of different types of food. Plus you know the farmers get a fair price for their produce, and animal welfare and sustainability are high on the agenda.

So here I am in my kitchen at 9.15am measuring out a shot of gin to rub into my sustainable fish fillets. If that’s not a good start to the day then I don’t know what is.

I’ve never cured fish before. The principle is simple. Mix sugar, spices, herbs (and in this case gin) with lots of salt and rub it all over the fish until it is completely covered. Then leave it for 10 hours, covered in the fridge.

Off to get on with the rest of my day.

In the end I use another freezer bag. I cut my strips of cucumber, add olive oil and salt and tie the bag to seal. I them put it in the fridge under my sourdough starter jar. That looks compressed to me.

After a mere eight hours I have to take my pickled lemons out of the fridge. It’s time to make the lemon and tonic jelly. I blend the lemons with their pickling liquid and a small bottle of tonic water and pass through a sieve. I’m meant to heat this to 85°C and then add the sugar, salt and gelatine.

Turns out my meat thermometer has run out of battery. That sums up my lockdown doesn’t it? A kitchen gadget never used before, now run out of juice as I’ve had it out almost every day.

So I do my best. I reckon 85°C means hot, but not boiling. As soon as the mix starts to steam I add the sugar, salt and gelatine.

I settle for a sachet of gelatine powder. I whisk this in until it dissolves. Well some of it dissolves. Quite a lot of it just sticks to the whisk. Into the fridge to set. It’s got two hours. I pray that’s long enough.

I make the dill mayonnaise by blending oil and fresh dill to make the herb oil. This gets whisked into egg yolk, vinegar and Dijon mustard and seasoned.

Finally, 10 hours after I started, I’m ready to plate.

This takes ages. Chefs make it look so easy. Perfectly dicing ingredients, arranging them in a metal ring (a large cookie cutter is fine right?) and then garnishing with different blobs and gels.

It is not easy. Thank goodness I don’t have to worry about this going cold.

I decide not to blend my set (phew!) jelly into a gel. Instead I cut it into little cubes and add it on top of my cucumber and salmon. I try and add dainty blobs of mayonnaise but it instantly runs everywhere. I cover with some dill fronds and that’s as good as it’s going to get.

It tastes delicious. This is exactly the sort of food I love to eat in a restaurant. Quite a lot of faff at home though.

Paul Welburn says that although his restaurant, and the food they serve, will change it will still be high quality. “Food you can’t cook at home”.

It turns out I can cook this at home (sort of). But I would much rather pay someone else to make it for me.

Looking at a sample menu for the rebranded 215 Kitchen & Drinks I see there is still a version of this dish.

I think Paul might have the right idea. We can’t go back to being the same after lock down. So instead hold onto the things that you really love. Keep the best bits. And learn to let go of everything else.