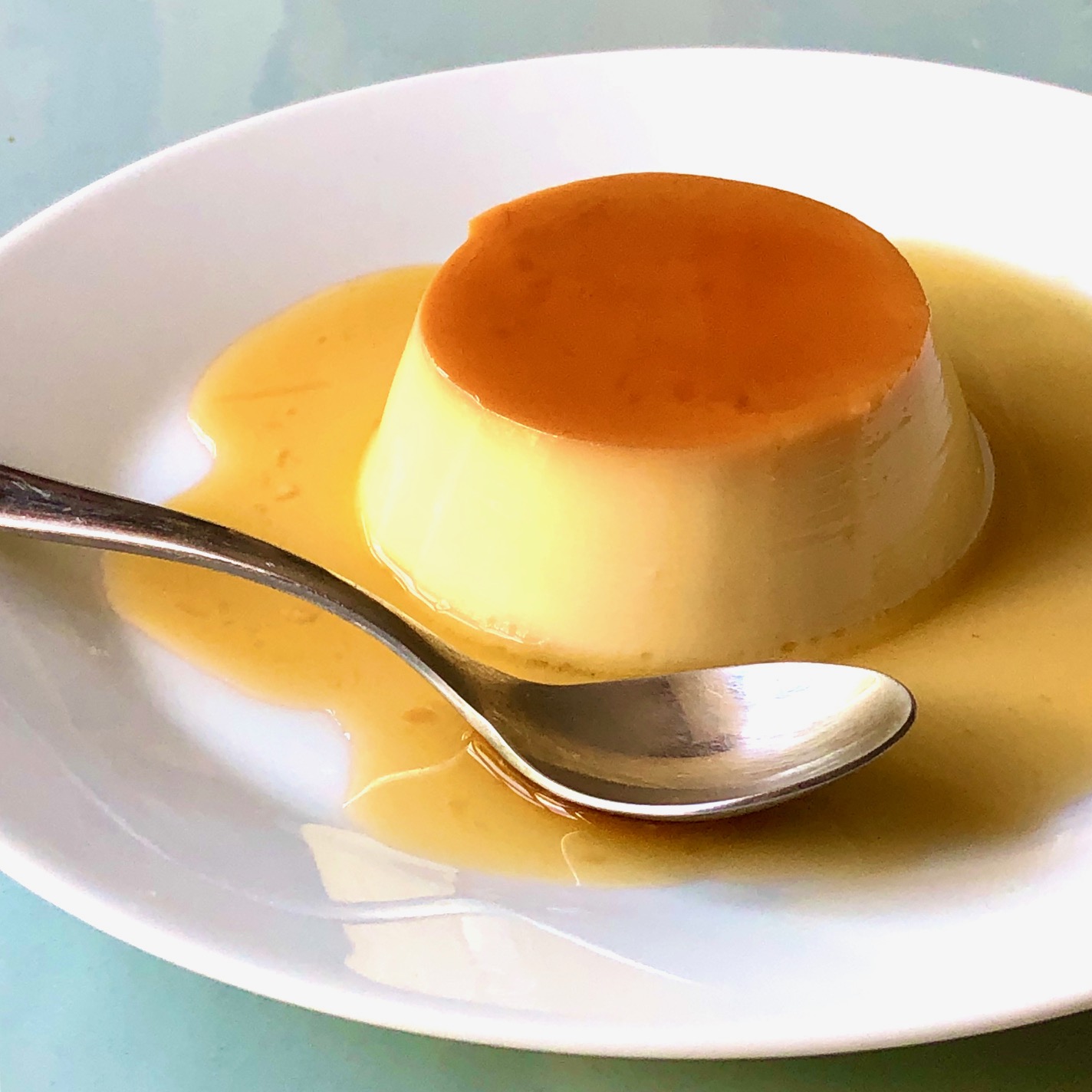 inspired by The Anchor & Hope

I wouldn’t describe myself as a dessert person.

In a restaurant I would always choose a starter and main. Pudding is the optional extra if you have room. And even then I might have cheese.

But I have a confession to make. I am a dessert person. But a secret one.

Maybe it all started when I used to work in a sweet shop. It was my Saturday job when I was a teenager. You weren’t really meant to eat the sweets whilst you worked. But everyone did (not just me, I swear). The trick was just to eat the ones small enough that you could swallow if a customer came in. Sherbet pips were a good choice.

Unlike toffee. Do not attempt to eat toffee on shift. I guarantee as soon as you put one in your mouth, a coach load of tourists will park up outside. I discovered that the hard way.

So if three years of working around sweets didn’t put me off sugar, I doubt anything will. But it did teach me how to eat sugar sneakily.

I don’t usually keep sweet things in the house. A bar of chocolate won’t last long. Biscuits are dangerously addictive. Lockdown means there’s usually a pack of hobnobs in the cupboard, but Aidan will get to those before me.

But that’s the secret you see. I don’t keep sweet things. I buy them and eat them almost instantly. No one should ever know.

Pre lockdown, when I was cooking for one, which to be honest used to be most nights midweek whilst Aidan was at work, those little pots of chocolate, or cheesecake would slip into my shopping basket.

They would get eaten almost instantly. The only trace left would be the ever growing stack of small glass ramekins at the back of the cupboard.

But my favourite individual pudding comes in a plastic pot. Even worse to admit is that it comes in a multipack.

The ones you find next to the yoghurts in the supermarket. Usually they come in a pack of four. They don’t last long. Not when I am eating alone anyway.

There is something immensely satisfying about turning those little pots upside down and watching the caramel run out and the custard wobble onto your plate. So satisfying in fact that you can’t just have one. You have to do it all over again. Immediately.

So after eight weeks of staying at home I need a reminder of life before lockdown. When I could, guilt free, eat my way through a pack of creme caramels and no one would know. Their plastic pots outside in the recycling bin, not stacked at the pack of cupboard ready to betray my secret pudding habit.

So this is my cunning plan.

I am going to find a restaurant that serves them. Then it can be for the blog. This gives me an excuse to make them. Nothing to do with my sugar craving. Nothing at all.

I already know where serves a great crème caramel. The Anchor & Hope on The Cut near Waterloo.

Pre theatre dinners don’t get much better than this. But you have to get there early enough. Partly to get a table (they don’t take bookings) but also so you make sure you have time for dessert before you head off to one of the nearby theatres. Don’t settle for an ice cream at the interval instead. You will regret it.

It starts easily enough. I’ve never made caramel before but I manage. It takes ages though. But there is something hypnotic about watching the sugar bubble away in the pan so I don’t mind. Just don’t walk away from it, as when the colour does start to change it goes golden pretty quickly.

Also pour the caramel into the ramekins as soon as you can. It get’s tricker as it cools and starts to set. Don’t worry if any leftover caramel sticks to the bottom of the pan and won’t come off. Nothing a long soak in some hot water can’t fix.

Heating the milk and mixing with the eggs and sugar to form a custard is also easy. No problems here. I leave out the booze.

I get the oven up to temperature and fill the ramekins. Then hot water surrounds them to make a bain marie. In they go.

The recipe says bake for 15-20 minutes, until just set. After 15 minutes I have a look. I can touch the top which wobbles but is firm, however it still feels pretty liquid in the centre. Is that just set? I don’t know!

They go back into the oven for another two minutes. I reread the recipe and look at the comments. Oh no! Some people say it takes 45 minutes! Surely not? I reckon mine count as just set now…. but I’m not sure.

As always in a moment of kitchen crisis, I go and get Aidan. He agrees they are just set. So out they come. But wait! The recipe says leave to cool. Do I take them out of the bain marie? Or leave them to cool more slowly in the hot water?

Aidan is summoned back again. He reckons leave them in. Especially if so many people have had problems with theirs setting. So they stay in until cool and then go in the fridge overnight.

The next day I am so excited. A crème caramel! I’ve missed them so much!

I run a knife around the edge of the ramekin, pop a plate on top and turn upside down.

A bit of vigorous tapping and some caramel starts to drip out. But no custard. That is staying put.

I lift the ramekin up to have a look. Yup still there. As I try and place it back down onto the plate the custard slips out. On the plus side it is set. Hooray!

Slight problem though. It’s upside down.

Time for another go. Or more accurately. Time for me to get Aidan again.

He manages it. I’m not sure how but he gets one of the custards to drop out, the right way up this time. Usually I would feel a bit of annoyance that he managed what I couldn’t, but no time for that now.

Now is the time to eat them!

They taste amazing. I have not been this proud of myself since making bread for the first time. So much better than the ones from the supermarket. Pretty close to the Anchor & Hope.

But I can’t really take credit for them. Without Aidan they would have ended up either over or under cooked. And they would still be in the ramekins.

Which leaves me with a dilemma. There are still two in the fridge. If they were the supermarket ones they would be gone by the end of the day. But only Aidan can get them out of the pots.

So much for my cunning plan.

But today Aidan is at work. I am home alone. And there are still two crème caramels in the fridge.

After a bit of online research I try the following. I get a bowl of hot (not boiling) water and dip the knife into it before I run it around the edge of the custard. I then hold the ramekin in the water for a few seconds to warm it before putting the plate on top and flipping it upside down.

Again the caramel starts to come out. But still no custard. Oh wait…… hang on. I hold my breath…

Success! It takes a few seconds. Which feels like forever but there it is. Out of the mould and sat on the plate in a little puddle of delicious caramel.

Its almost too pretty to eat. Almost.

After literally licking the plate clean (home alone remember) something rather strange happens. I’m not automatically reaching into the fridge for another.

I don’t want to sneakily eat the last one. I’m done with being sneaky.

I am now proud to admit that I am a dessert person.

I wonder if Aidan will share the last one with me later?