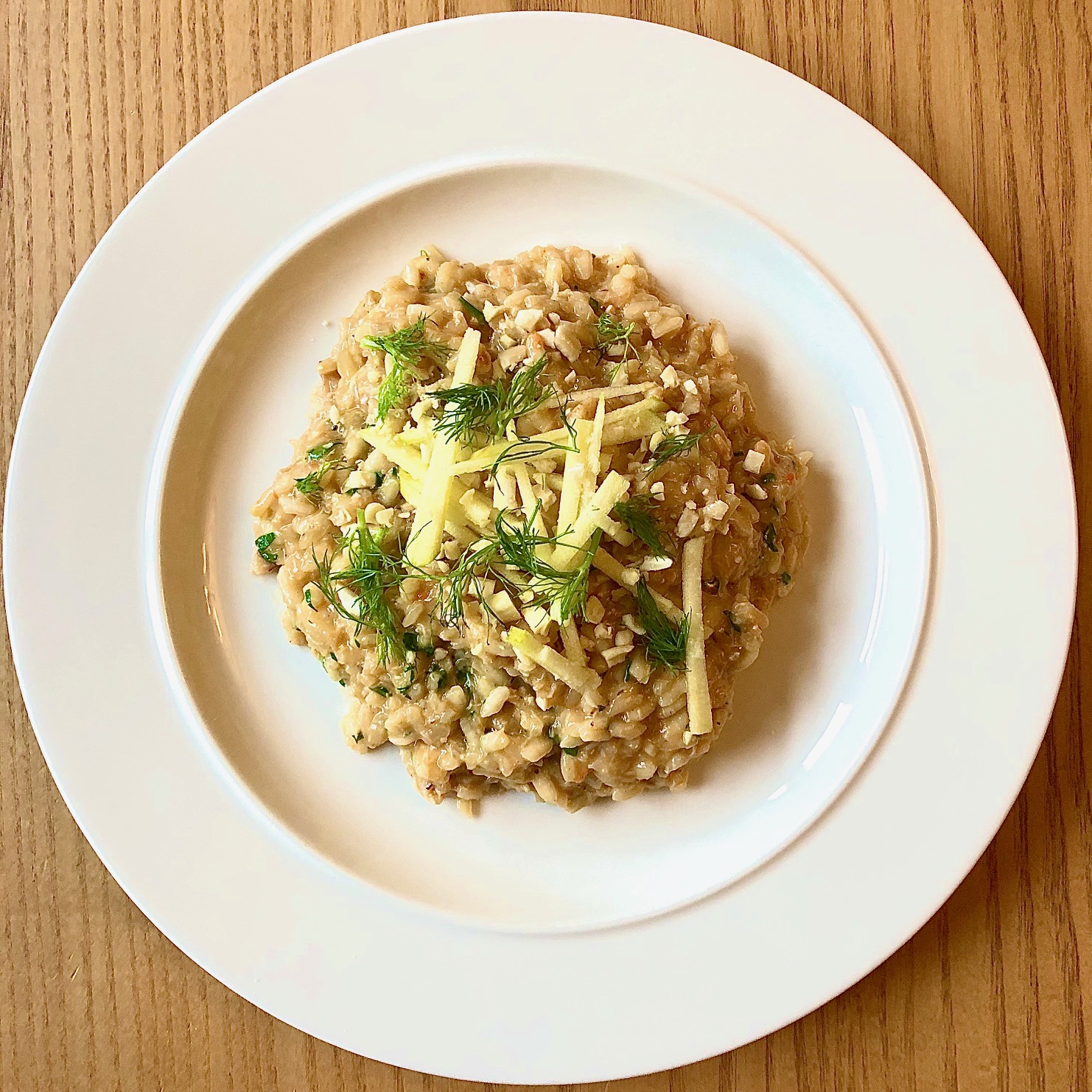 I couldn’t resist finding another crab recipe to write about. It’s one of my favourite ingredients. Plus, it’s a highly underrated British ingredient, and far more sustainable than many other types of seafood.

Or so I thought.

Turns out I’ve not been anywhere near observant enough when buying my pots of crab meat.

Yes, a lot of my crab has been caught in British Waters (or at least in North East Atlantic / FAO 27, which means seas around the UK and parts of Western Europe) but not all of it has.

Some has been caught in the Pacific.

More specifically, the crab I buy in Sainsburys has. The only crab meat they stock is “Ocean Isle Premium Crab Meat”.

I simply assumed that because lots of crab is caught around the UK, and that most of it is exported, that any crab left on our supermarket shelves would be British.

The white crab meat I have today is a product of Indonesia. I’m not sure if that is where it’s caught or where it’s processed. But the packaging also states that it was caught in FAO Ocean Area 71, which means the Pacific or Indian oceans.

So we fish more crabs than we like to eat in this country. Export most of them. And then import crab to stock one of our biggest supermarkets. Is this making sense to anyone? Because it definitely isn’t for me.

It just goes to show that it’s not enough to think you are being more sustainable, you have to really consider your choices carefully.

Something else I didn’t know about crab is that it’s often pasteurised. Sealed in cans or plastic pots and then heated and cooled, in the same way milk and orange juice is, to kill bacteria and make it last longer.

Who knew? I certainly didn’t.

Anyway, enough of me going on about where my food should or shouldn’t have come from. Let’s talk about where the inspiration for the dish came from instead. I’m sure that’s far more interesting.

Restaurant 1251 is owned by chef James Cochran and has been operating on Upper Street in Islington since 2018. Previously, this half Jamaican, half Scottish chef was running a place in East London serving incredible Buttermilk Jamaican Jerk Chicken. Which, coincidentally, you can order online now, whilst the restaurant is closed, through his new initiative called “Around The Cluck”.

What has all of this got to do with my pots of crab meat?

This is the sort of dish that I would always order in a restaurant. Crab risotto. Two of my favourite things put together.

One of the best things about going to a restaurant is that you don’t overthink a dish. You put your trust in a chef that they will pair ingredients that compliment each other. It’s their job to come up with new and tantalising combinations.

But as soon as you consider cooking something like this at home, especially when you’ve never eaten it before, you start to second guess yourself.

Crab and apple? And nuts? Hmmm….

I can see from the photo that the nuts seems to be crushed and sprinkled on top of the risotto. But what about the apple?

I start to get horrific visions of a sort of fishy apple rice pudding.

So the apple is going to be a garnish too. I slice it into matchsticks and squeeze over some lemon juice. Partly to stop it going brown, and partly hoping that if it tastes mainly of lemon then it can’t be too bad with seafood.

Onto the risotto. Now I’m in my comfort zone.

I add diced onion and fennel to some oil to gentle soften for 15 minutes.

This is after banishing Aidan from the kitchen.

There are many cooking skills I’ve learnt during lockdown, but I still am terrible at chopping onions. Or finely dicing anything in fact.

Knife skills are not my strong point. Especially when I have a husband watching over my shoulder, saying helpful things such as “Day 99 and you still can’t chop an onion”.

So with Aidan on the other side of a firmly closed kitchen door I continue.

I add garlic to the onion and fennel and then add the rice grains to toast. In with some white wine before slowly adding ladle after ladle of vegetable stock. When the rice is nearly cooked I stir in the brown crab meat, along with some butter and a small amount of parmesan.

Cheese and fish??? Yes, don’t panic. I would never add it to a prawn risotto. But with crab I think it will be OK. My crab thermidor had loads of cheese in and that was delicious.

Plus cheese and apple goes well together. So that’s a bonus.

Finally I mix through some chopped parsley, a squeeze of lemon juice and the white crab meat. It’s ready for garnish.

I take my first bite of crab risotto with nuts and apple. It’s delicious. The apple is amazing with it. Aidan even goes back for more to go with his portion.

It just goes to show that we should trust our chefs. They know what they are doing with flavour combinations.

I bet they check where their crab comes from too. Of course they do. It’s from Devon. 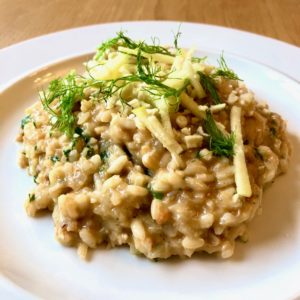 Crab risotto with apple and almonds