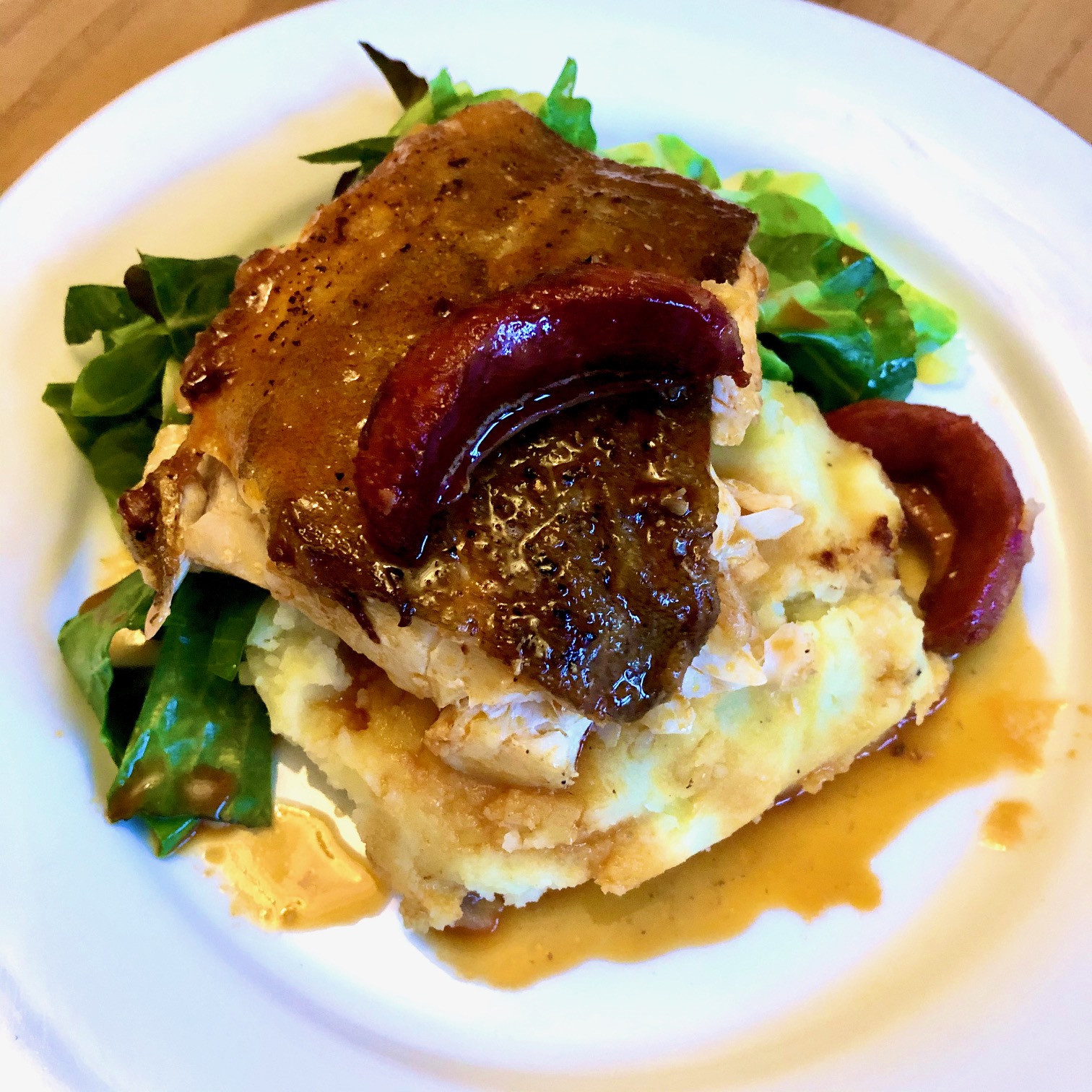 After spending yesterday discovering how little of my “to do in lockdown” list I had actually achieved I suddenly had a thought.

Didn’t I once write a list on my phone of restaurants I wanted to visit?

Looking back through my notes and, yes, there it is. I’ve not added to it since July 2019, so had forgotten all about it when I started this blog. Which is basically just me writing a very long list of restaurants with some cooking thrown in for good measure.

Casse Croûte – yes! The French bistro on Bermondsey Street! I made a Tart au Citron inspired by them. It wasn’t my most successful dish but at least that’s one ticked off the list

40 Maltby Street – another Bermondsey establishment, this time a wine bar that serves small seasonal plates. I’ve always wanted to go here but never done it. OK, so that’s one to still be inspired by.

Coach – my old local student pub transformed into a French restaurant. Tick! This was why I made Wild Garlic Soup. That actually wasn’t made out of wild garlic, but never mind the details.

Terry’s Cafe – not again. I have no idea what this restaurant is either. Who is Terry I wonder? Thankfully Terry, whoever he is, is still in business and it looks like does a mean Full English. Quite why this made my list of restaurants to visit last summer I just don’t know. Maybe I was hungover when I wrote it…

Artusi – a Peckham Italian restaurant. Another tick! This restaurant is the reason I have large quantities of gurnard still in my freezer. Nothing to do with me accidentally ordering too much (turns out gurnards are quite large). Thankfully they are also delicious as I discovered when we cooked Gurnard, Samphire, Potato, Tomato & Wild Garlic. Yes, actually with wild garlic this time!

Hakkasan – ah, no, I’ve not been brave enough to blog about this yet. This is a Michelin starred Chinese restaurant. It really annoys me that Aidan has been here and I haven’t. Another reason to put it off. I don’t want to attempt a dish only to be told over dinner that it’s not as good as the original. And lets face it, it probably won’t be.

The Eagle – yes! I can cross this off the list too. My Mackerel with Spinach and Tomato & Chilli Jam was inspired by them. Known for being the first gastropub, I’m glad I can say I’ve done this one.

And finally on the list is 10 Greek Street. Which I still haven’t been to. And I haven’t blogged about. Yet.

10 Greek Street is another Soho institution that I always mean to go to, but I always put it off for another time. If the last couple of months has taught us one thing it’s not to take anything for granted any more. So I will be heading down to Greek Street as soon as I can.

They have a daily changing menu, so I’m back on Instagram to see what they have been cooking.

I have to admit this doesn’t turn out to be the most restaurant looking dish I’ve attempted. Which is a polite way of saying it was a bit of a mess.

I couldn’t get the cod to stay together. Or get the skin to go crispy. Maybe it was because it was quite a chunky fillet so I had to put the lid on my pan to get it to cook through (causing it to steam rather than fry at the end).

Or perhaps it’s because I forgot to get the fish out of the freezer early enough. The fillets had to have a little swim in some warm water to thaw them out, which probably meant there was too much moisture in the fish when I tried to fry it.

As you can see with my lists, I’m much better at organisation in theory, rather than in practice.

It was still a tasty dinner though. I nice change to make mash with olive oil (usually I’m all about the butter) and the chorizo fried with the cod gave it a lovely flavour.

One I will cook again. But I just to be better prepared next time. 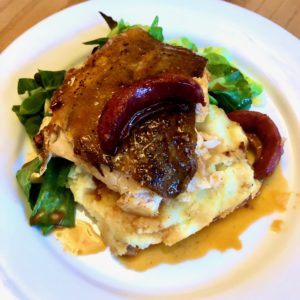