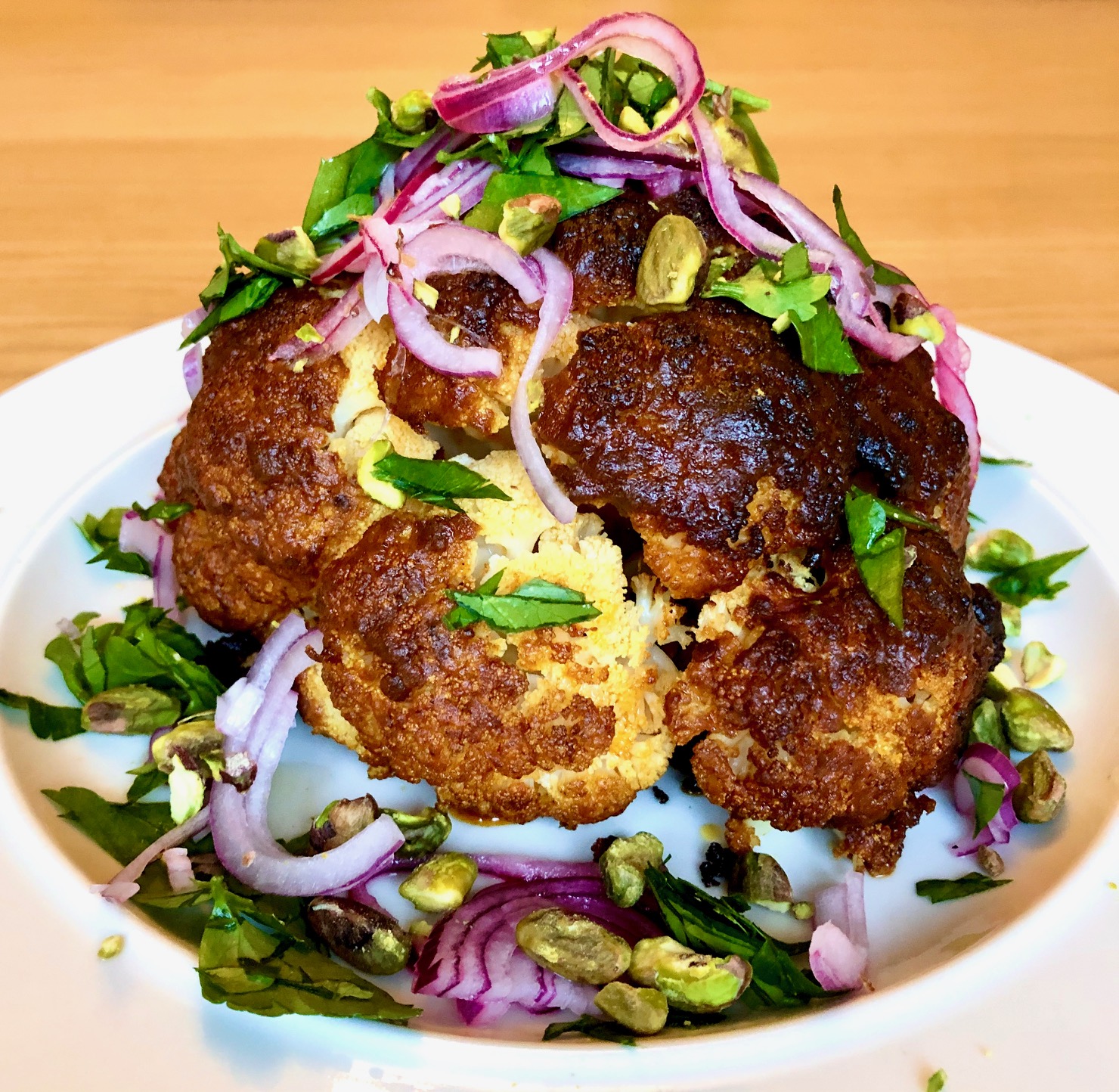 If this is Day 98 of cooking then that means it’s officially the 100th day of lockdown.

I bought my domain name for this website on the Monday lockdown was announced. Started cooking on the Tuesday and wrote my first blog post on the Wednesday, two days later.

100 days of lockdown haven’t been anything like what I was expecting.

The idea of staying mainly at home, unemployed and not really socialising, plus not being able to travel for months filled me with dread. I had visions of me sitting on a sofa, devouring endless biscuits and Netflix series, bored out of my mind.

You know what? I haven’t been bored once. And I still don’t have Netflix.

I have eaten a fair few biscuits though.

I have this blog to thank for that (the lack of boredom that is, not the biscuit consumption).

It seems I’ve simply swapped one passion for another.

Anyone who works in theatre will tell you it’s more than just a job. It’s a passion. A way of life. I didn’t really have many hobbies before. Between the long working hours and the sessions in the pub after to recover there never seemed to be enough time.

But with work (and pubs) unavailable, I’ve been able to finally think about what I enjoy doing. What would I like to fill my days with?

So I think it’s clear I’ve found something else I’m passionate about.

I’ve always enjoyed cooking. I wasn’t starting completely from square one. But it’s safe to say that anything, and everything, to do with food is now a full blown obsession.

I’ve realised it’s also starting to become easier. What was once a daunting task, such as filling a ravioli or curing a piece of fish, is now no longer scary.

I used to hate separating egg yolks. Now it’s almost second nature. I’d still love to be able to crack open an egg one handed though. That looks so cool.

I’ve even conquered my fear of deep frying food on the hob. Can’t get enough of it now.

I’m definitely on my way to becoming a more confident cook.

But for today’s dish I’m making something, that although I’ve never made it before, I feel totally comfortable about. Because it’s cooking vegetables.

As an ex-vegetarian I feel this is me in my element. There’s plenty of tricky meat cookery that’s still beyond my skillset. A fillet of fish can (and often does) still fall apart in my pan. But give me a vegetable and I can just get on with it. Unless it’s an artichoke. They are far too much hassle.

Thankfully, today I’ve got a cauliflower. I’ve cooked with them plenty of times. Just never like this.

All because it’s one of the signature dishes at Oklava. Owned by Selin Kiazim and Laura Christie, this Turkish restaurant in Shoreditch has an open kitchen, so you can watch Selin and her team work their magic with the charcoal grill and the pide oven.

I have neither of these pieces of kit in my outdated (and literally falling apart) kitchen. But I’m going to give roasting a cauliflower a go anyway.

After doing a bit of reading I think I know what to do. The key seems to be to mix up an amazing spice paste, make sure you rub it all over the cauliflower and then roast until soft as you like in the middle.

I mix up my spice paste using tahini, chilli powder, cayenne pepper, smoked paprika, turmeric, chipotle paste and lemon juice. Then I add some olive oil and a little water to get it to a good consistency. You want to be able to brush it onto the cauliflower.

I read about a trick where, once you’ve removed the outer leaves and cut off the base, you should turn the cauliflower upside down and pour some of this spice paste into the gaps between florets. This allows the spices to really permeate the vegetable. Once I’ve done that I use a basting brush to apply the rest of the paste.

If you told me that I was going to spend my afternoon painting a cauliflower I would have laughed. But that’s exactly what I’m doing. The brush is the perfect way to get the spice mix into all the bumps and grooves of the cauliflower’s white canvas. It is hands down the most satisfying cooking task I’ve done in lockdown.

So with my cauliflower fully painted it goes into the oven for an hour.

Since the oven was on I thought I may as well roast some leftover sweet potato to go into a salad. Chunks go onto a tray with some sliced red onion, a sprinkling of chilli flakes and olive oil, and in they go to join the cauliflower.

I realise I’ve still got some spice rub left. As it’s tahini based I think it would be perfect to add to some homemade hummus. Out comes the blender the and a tin of chickpeas.

While I’m making the hummus I think about how I have a bit of leftover dairy beef mince in the fridge. That gets mixed with some more spices, garlic and olive oil before being fried until dark and gnarly.

This goes on top of the hummus, with more olive oil, some crushed nuts and parsley.

If I’m making hummus then I have to make some flatbreads. I reach for the flour and get cracking.

Now I’m grating a courgette (more courgette!) and salting it ready to go in the salad when I suddenly think…..

How long has that cauliflower been in the oven???

It seems I might be becoming a more confident cook. But not a less forgetful one.

So I’ve written a recipe for the cauliflower. But time it as you will. Or don’t, like me. But judging by the pile of salads and other bits and bobs I made to go with dinner, I reckon mine had well over an hour. It was definitely on the soft side.

Aidan, initially impressed by the spread presented for dinner, quickly looked worriedly at the roasted cauliflower. I can tell what he’s thinking. Not enough meat. Far too much cauliflower.

Until he tries some. I’ve never seen him look so surprised.

Forgetfulness aside, I must be doing something right. 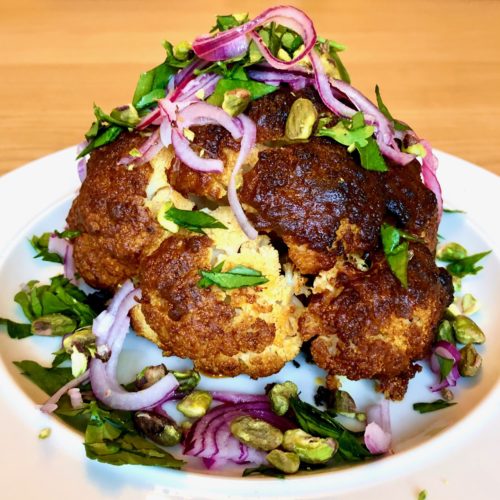