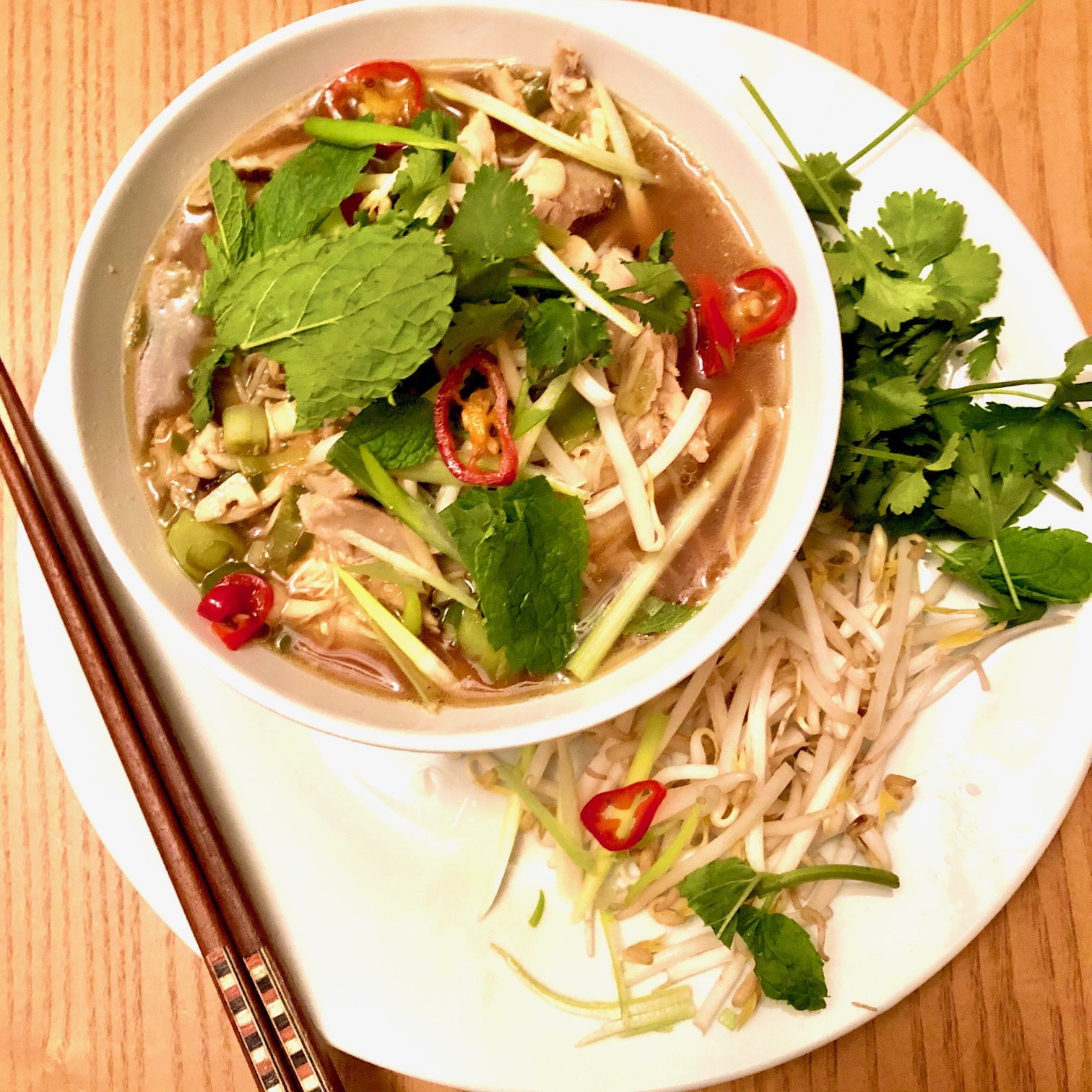 I’ve become a bit of an armchair traveller this week. First Sicily, then Sri Lanka. I’m going to keep heading east to Vietnam!

Most people I know (my born and bred Londoner husband included) divide London into North and South. For someone from North London to go south of the river is a big deal. They must really like you to do that.

Thinking about it, Aidan must really like me as we’ve lived in South East London for eight years now. He still pines for North London sometimes. If we ever win the lottery we’re moving to Hampstead. That’s what he says. No argument.

I hate to break it to him that chances of that happening are non existent. Firstly winning the lottery is pretty unlikely. 1 in almost 14 million if you were wondering. And even if we did win we still couldn’t afford to live in Hampstead. Plus we don’t even buy lottery tickets.

I reckon we are staying put. South East London forever!

Anyway that’s not how I split up London in my mind. To me London has an East/West division. I know East London. I moved to London in 2006 and I’ve been East since day one. North AND south of the river.

But West London? It’s totally unknown territory for me. Hammersmith? Acton? Wembley? Kensal Green? All places I hear about by hardly ever go to. And If I do go there it’s for a purpose. I’ll fabric shop in Shepherds Bush. I might have to go to a dance rehearsal in Fulham. I’ve painted theatre sets in Ealing.

But never, by choice, do I spend time in West London. The museums at Kensington really are about as far as I get under my own steam.

It’s like a whole other London I know nothing about. It’s not my London.

Back to my East London stomping ground where it all began. Student days living in Shoreditch between the Hackney and Kingsland Roads. I’ve already paid tribute to Hackney Road with my chocolate mousse from Morito.

Except Morito wasn’t actually there when I was a student.

But going to the Kingsland Road instead you would, and still can, find some of the best Vietnamese food in London. And Song Que Cafe was my favourite.

Having a look at their menu they still have all the classic Pho dishes. Yes they might be a little over a tenner now. When I was there as a student it was more like £7 a bowl. But even at £10.50, it’s still great value for a massive bowl of heart (and mouth) warming noodle soup. Worth every penny.

I’ve made noodle soups at home before but I wouldn’t call them Pho. I just make a bit of vegetable stock (with a cube) and add some noodles, veg, tofu or prawns. It’s a great way to make a dinner out of bits and bobs.

But to make Pho properly involves making stock. And I’ve never been bothered to do that. Until lockdown.

We roasted a chicken a couple of days ago so I’m left with the carcass. And a whole load of shredded leftover roast chicken. Time to make some chicken noodle soup.

I’ve actually tried making chicken stock once before. I totally didn’t see the point. It bubbled away for a couple of hours and the broth still tasted like water. It smelled great. But didn’t taste great. I ended up using a stock cube.

But that’s because I’ve discovered the key to stock is time. Something we have plenty of right now. This stock still tasted like onion flavoured water after a couple of hours. But after about five? Now you’re talking!

So there’s the secret. Just keep simmering (not boiling) the stock until it tastes good. Which in my case was about five hours. You really can just leave it to do it’s thing. Don’t cover the pan – you want some of the liquid to gently evaporate to intensify the flavour. And you might need to skim a bit of scum (sounds lovely doesn’t it) off the surface from time to time. But otherwise get on with your day and let it bubble away.

Just don’t forget about it.

Once you’ve made stock you can keep it in the fridge for a few days or freeze it. And then Pho is actually pretty quick to make.

I’m sure there is absolutely nothing authentic about the noodle soup I made. But it was vibrant and spicy and warmed the soul. It’s also a really healthy dinner. Which means I’m totally opening a bag of mini eggs later.

Plus I also discovered something else. Eating with chopsticks. I’ve missed this! As I sat there slurping away (it’s impossible to eat noodle soup without slurping) I realised that this was such a lovely change.

It’s the little things in lockdown that help us make one day different from the next.

At least whilst I’m staying at home I don’t have to go to West London. 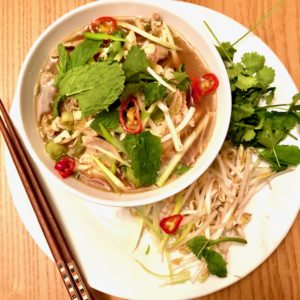