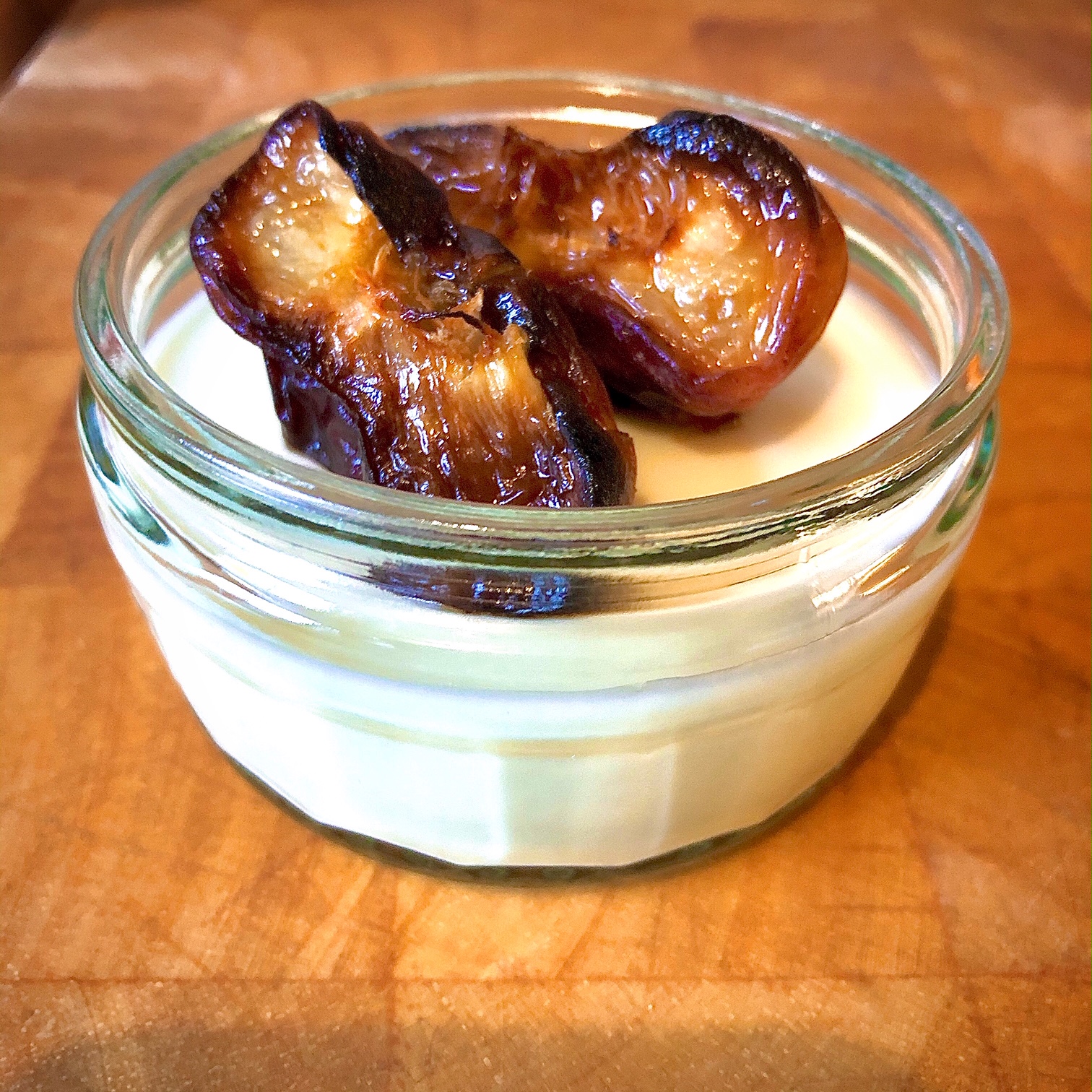 I’m not a fan of meringue, but if someone made me a pavlova I’d eat it to be polite. I don’t see why people make a fuss about marshmallows. Marmite? I don’t like it, but I don’t hate it. You used to be able to buy marmite flavoured mini cheddars. I used to love those.

But there is one type of food that I struggle with…. offal.

I do try to like it. I can just about manage a bit of liver pate on toast. I’ll eat the kidneys in a steak and kidney pie. But if you served me just a steak pie I would be just as happy. I wouldn’t miss the kidneys.

The only offal I have ever cooked is the giblets that come with a roasting bird at Christmas. And even then they only go into the gravy. You wouldn’t even know they were there.

I can’t face eating a piece of fried liver. Not a fan of sweetbreads or heart. I haven’t tried brain, and I’m in absolutely no rush to.

What’s annoying is I really want to like offal. I like what it represents. I love the concept of nose to tail eating.

Anyone who has read this blog before has probably already heard me bang on about food waste. About sustainable meat farming. How we should be making the most of ingredients.

Plus so often its cheaper than prime meat cuts. Mainly because a lot of us are squeamish when it comes to offal, and so there isn’t the same demand for it.

So I will keep trying.

After all, I didn’t like coffee until I was thirty.

I used to hate olives. I would eat one olive a year, to make sure I still found them repulsive. Then one year I didn’t. I went from an olive hater to an olive lover overnight. Can’t get enough of them now.

Perhaps the same will happen with offal. Maybe I’ll wake up one day and suddenly start tucking into the bits of the animals that most people don’t want to eat.

Until then I have to just admit that I’m a bit squeamish. And cook a pudding instead.

Because today I want to write about St Johns Restaurant in Smithfield. Opened in 1994 in a converted old smokehouse, which used to be part of Smithfield meat market, by Fergus Henderson and Trevor Gulliver, this restaurant revolutionised the British restaurant scene. Their nose to tail eating meant that unfashionable and unheard of produce were on the menu, in order to make sure all of every animal was used.

Along with other Clerkenwell establishments like Moro and The Eagle, this restaurant helped put British food, and British produce on the international culinary map.

I might not be nose to tail eating quite yet, but this dessert from St Johns Restaurant sounds pretty amazing.

Plus it will be nice to finally do something with buttermilk other than make pancakes!

I look at a couple of recipes online and adjust to fit with what I have. Mine end up quite rich as I use double cream (some buttermilk pudding recipes just use whipping cream or a mix of cream and milk).

Its really simple. Just heat the cream, sugar and vanilla extract in a pan until warm. Meanwhile mix the powdered gelatine with a couple of tablespoons of warm water and mix until it’s mostly dissolved. Take the cream off the heat when the sugar has dissolved, add the gelatine and the buttermilk, pour into ramekins and you’re done. Simple pop them in the fridge to set. Mine needed about three hours.

To roast the peaches I just halved them and popped them in the oven for 15 minutes. I mixed equal parts orange blossom honey and water together and mixed until combined. Once the peaches had come out of the oven I dropped them into the honey syrup and let them cool.

The best thing about this pudding is you could make it hours, or even days ahead of time. You could also use pretty much and fruit you fancy. I ended up using smaller flat peaches as this is what I had in my veg box this week.

A very simple, but very delicious little pot of dessert. 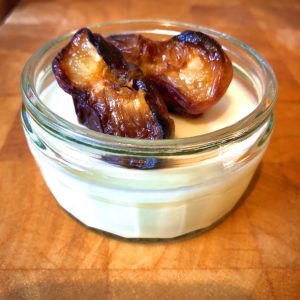