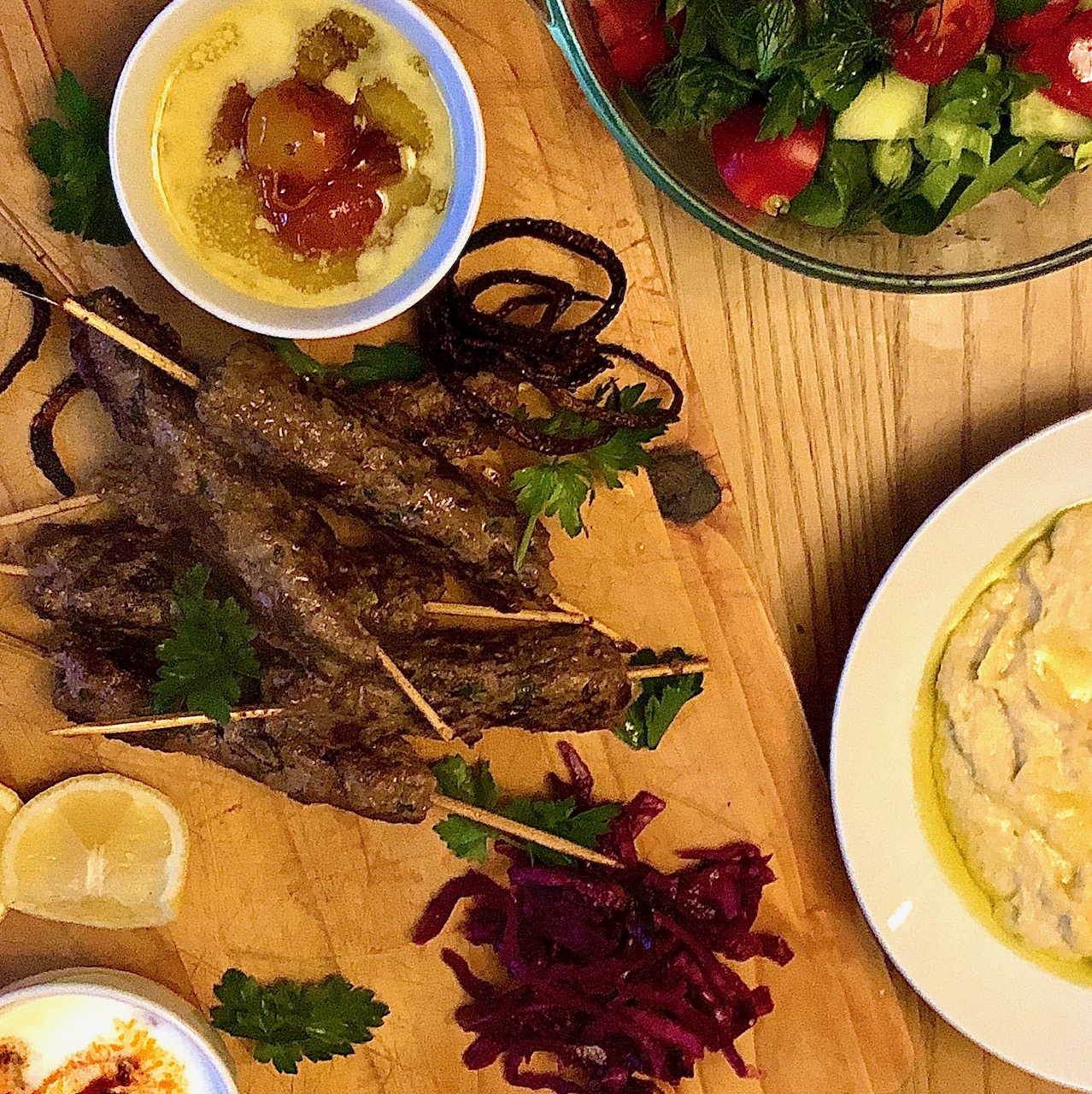 Looking back over the past eighty days of cooking, I realise one of the things I have enjoyed most is cooking with new ingredients.

Some things I’ve discovered, like ricotta, buttermilk and miso are quickly becoming staples in our kitchen. Other ingredients, like wild garlic, scallops and quail eggs are things I love to eat in restaurants, but would never bother trying to cook with them at home.

However today’s ingredient is even more exciting. Today I’m cooking with mince.

Not just any mince. I’ve found some dairy beef mince on Farmdrop. The meat comes from Horton House Organic Farm on the Wiltshire/Somerset border.

Eating dairy cows is quite a new thing in the UK.

Well it’s not actually. If you go back to the days of peasant farming a family would have a small holding that might include one or two cows. There’s no way when that cow was too old to produce milk anymore that they would waste the meat.

But with the rise of industrialised farming over the past century there has become a divide in cattle. Cows are either bred for dairy, or for meat.

That’s not to say we still haven’t been eating dairy cow meat. About 20% of the beef eaten in the US is from dairy cows. It’s simply ground up and added to frozen burgers and ready meals. I’m sure it’s a similar story here in the UK.

But when farmed in a sustainable way, dairy cow meat is seen as a delicacy, not a second rate product.

With a shift in attitudes from consumers about large scale farming, either because of animal welfare or environmental issues (or both), more smaller scale, sustainable farms are setting up in the UK.

An average cow bred for meat will produce about 270kg of food. An animal that is a dairy cow, that then gets slaughtered for meat, will produce over 36,000kg of food in their lifetime, including milk, cream, cheese and meat.

This means fewer cows, which can be looked after to a higher standard, and which will contribute less towards global warming.

It’s not just eating less meat that will help save the planet. Making better choices about the meat we do eat is just as important.

Plus, dairy beef is delicious! In the Basque region of Spain it’s the most prized type of beef you can buy. These dairy cows live between 12-20 years before being slaughtered. An average, industrially farmed, dairy cow in the UK might live three of four years if they’re lucky.

So of all my Farmdrop purchases last week, this is the produce I’m most excited to try.

What should I make with them? Usually with mince it would go into a bolognese or a chilli con carne. But I want to be able to taste the meat, and not lose it in a richly flavoured source. We’ve had our fill of burgers over the past few weeks with barbecuing so I don’t fancy that either.

“What about koftas?”, Aidan suggests.

Good idea! And I know just where the inspiration for our dinner should come from.

Berber & Q have two restaurants. The original Grill House, in an old railway arch in Haggerston and smaller Shawarma Bar on Exmouth Market. Both sites serve a mix of meat, fish and veg grilled over coals and an amazing selection of cold dips and mezze.

Just thinking about this restaurant makes me hungry. I better get a move on.

I pop some wooden skewers into water to soak for an hour before I make the koftas.

In the mean time I’m focusing on the confit garlic aioli. I know how to confit an egg, so surely a similar principle can apply to a tomato?

I set my oven to 120°C and add some cherry tomatoes, a couple of garlic cloves and thyme sprigs into a small oven proof dish. Then I fill it up with olive oil until the tomatoes are covered. Into the oven. In the end it stays there for well over an hour, mainly because I’m busy faffing around with other parts of dinner.

I’ve got some freshly baked bread so it would be a crime not to make some hummus to go with it. Then I get distracted making a chopped salad. I go out into the garden and pull up my now totally overgrown radishes. I need to figure out how to use these up. A few get chopped into the salad and the rest stashed in the fridge.

Back to my tomato confit aioli.

Once out of the oven I leave them to cool until the oil is room temperature. Then I fish out the tomatoes and use the oil to make the aioli. I gently whisk an egg yolk and start to dribble in the oil, bit by bit. I then crush the confit garlic cloves with a fork and add them to the sauce.

It’s delicious. I decide to put the cherry tomatoes in with the aioli so you eat it all together.

Big mistake. The excess oil in the tomatoes runs into my lovely yellow sauce and makes it look like a split, greasy mess. Oh well, I’m sure it will still taste nice.

In the end the hardest part of dinner is making the koftas. I fry some finely chopped red onion with a mix of spices and then mix with the dairy beef mince, fresh chilli and loads of chopped parsley. I combine it all together with the egg white leftover from the aioli. So far so good.

The tricky bit is getting the meat to form around the skewers. I’ve heard koftas described as sausages without the casing. There’s a reason sausage meat needs to be contained. Without the skin it just doesn’t want to stay together.

I get the hang of it in the end. I gently transfer them to a pan and let them try on one side before very carefully turning them.

Finally I fry up some onion slices and get my jar of pickled red cabbage out of the fridge. At Berebr & Q they serve it with pickled peppers (do they mean chillis? I’m not sure..) but I can’t face pickling anything else right now.

I’ve got pickled cabbage, pickled lemons and pickled carrots in my fridge.

It’s one thing making pickles. It’s quite another thing to actually eat them all.

I put all the dishes in the middle of the table and we tuck in.

The meat is delicious. Richer in taste than normal beef mince and with a lovely texture. Dairy beef is definitely going to become a regular ingredient in my kitchen.

I love this kind of sharing food, where you can eat with your hands and build you own plate. These are the meals designed to be shared with friends and family.

And eaten at Berber & Q.