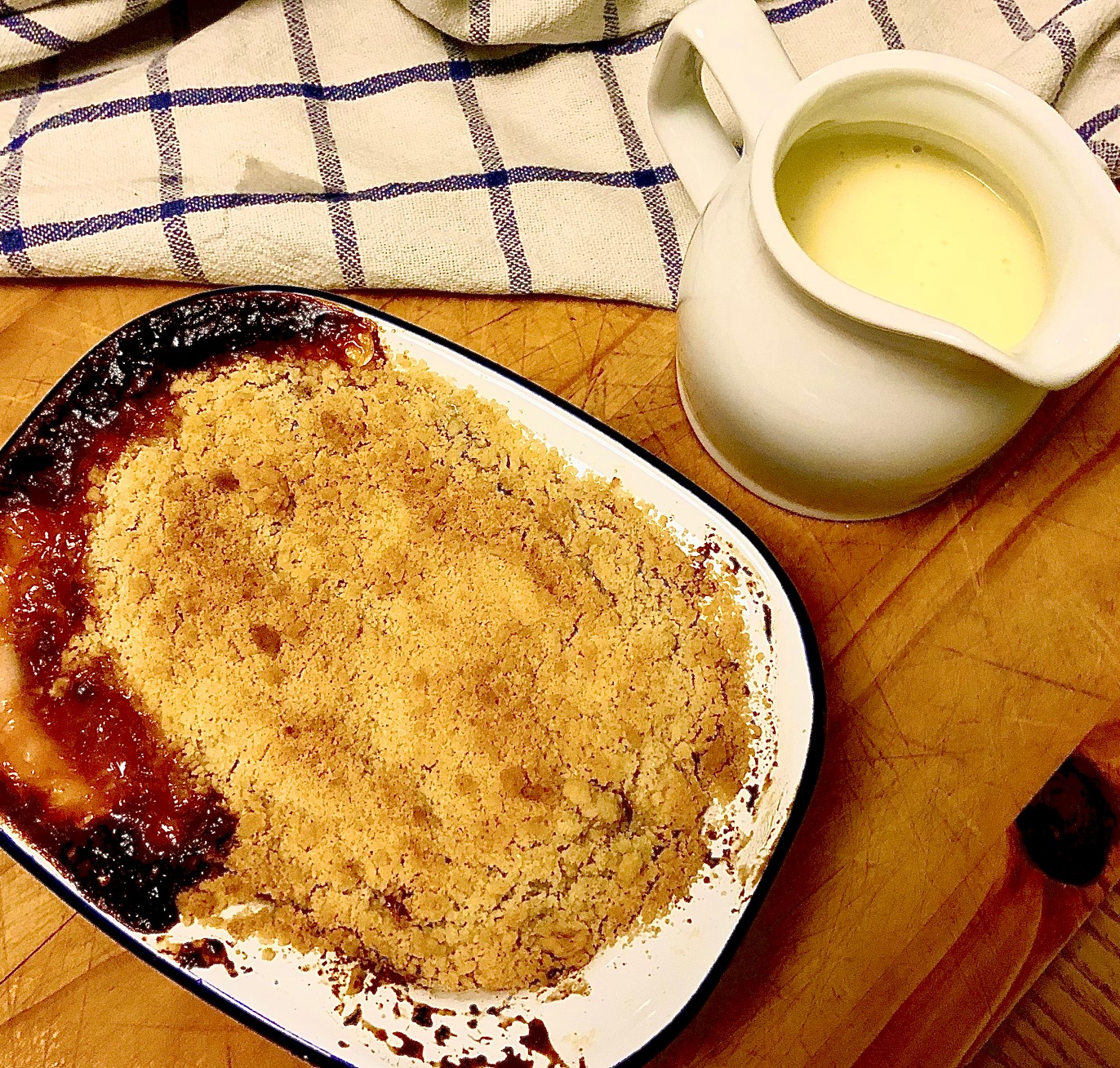 There is nothing better to do on a Sunday than eat a roast dinner. Except perhaps follow that with pudding. A Sunday roast, whether it be with family at home or out at a pub, is something I miss.

I may have cooked more roast dinners in lockdown than I ever had before, but it’s not quite the same without a gathering of people or amongst the buzz of a busy pub.

When writing about Cafe St Honore last week, I totally forgot that they were still allowed to open. Edinburgh is in Scottish tier 3 restrictions, which means pubs and restaurants can serve food. But no alcohol. Imagine your roast beef without a glass of red wine? Or a pre meal pint? Doesn’t sound great does it…

In fact of all the UK nations right now hospitality is allowed most freedoms in Wales. After coming out of their own lockdown you can now go to the pub for a Sunday roast, and have a drink to boot.

It’s still not straightforward though. Every hospitality venue now has to ask for proof of name for track and trace. If you want to book a table for more than four people (which can only happen if it’s a single household) every adult also needs to provide proof of address too.

It might all seem a bit Big Brother, keeping tabs on people and asking them to prove their identities, but at least it means that pubs and restaurants can open. In my book that’s positive.

Somewhere that is open, and apparently serves one of the best roasts in Cardiff, is Society Standard. They certainly make a delicious looking crumble.

And for once I hope I can get close to how good the crumble looks in the photo. Mainly because I also have small enamel pie dishes. I even have a little white jug. This feels like fate.

I may not be able to go to Wales in search of a pub roast (but if restrictions weren’t in place I would be very, very tempted). But surely with the same dish, and similar crockery, I can pretend that I’m there.

I think crumble is one of the most joyful dishes you can eat. Invented during World War II when rationing meant there wasn’t enough butter or sugar to make a proper pie, it may not have originated during the happiest of times, but the crumble is now one of our most popular desserts.

There’s something incredibly comforting about a crumble. At least there is about eating a crumble.

I have to admit the idea of cooking a crumble fills me with dread.

Growing up I watched my Dad, my Mum and my Grandma make a crumble loads of times. I’ve even watched my sisters make them when they were young kids. And yet I’ve only ever made one crumble on my own before in my life.

It was a total disaster.

So bad, that years later Aidan still reminds me of it. Any dish that doesn’t go quite to plan is met with the response, “It could have been worse, remember the crumble”.

The scary thing is I have absolutely no idea where I went wrong. I followed a recipe. Which sounded fine. It even looked fine. It tasted horrible.

I managed to make a mass of doughy stodge that stuck to the roof of your mouth, with a few sad plums clinging to it. Not pleasant. In fact is was completely, utterly, inedible.

So I’ve avoided making one since.

But in my attempt to empty the freezer out came some rhubarb, roasted earlier in the year when it was in season. What should I make?

Aidan looks slightly panicked. I try to ignore him.

I also decide that making a crumble is not enough of a challenge. I’m going to make custard too. From scratch.

This is unknown territory. Whereas a homemade crumble was a family staple, I have no memories of anyone at home whisking milk and cream, separating eggs and spending ages standing over a pan praying for it to thicken. I’ve only seen that on Bake Off.

No instant, tinned or shop bought custard was what I grew up on. And I love it. Honestly give me a tin of custard and a spoon as I am the happiest woman in the world. I love it cold, just as it is, with no accompaniment. In my mind custard doesn’t always need to be the supporting role, it can be the star of the show.

So I reckon if the crumble goes completely pear shaped again I can just sit down with a nice bowl of custard. Call it an insurance policy.

Once my rhubarb has defrosted I set Aidan to work peeling and chopping apples and arranging them in two individual pie dishes. I add the cooked rhubarb and sprinkle over some golden caster sugar.

For the topping I mix flour and sugar before rubbing in cubes of butter to make that crumbly texture. I pile this on top of the fruit. Into the oven for half an hour.

Onto the custard. I’ve already got my egg yolks separated (the whites have been used to make the Smoked Haddock Fishcakes I wrote about in my last post). The yolks get whisked with cornflour, sugar and vanilla extract.

I put milk and a little double cream in a pan and heat it until almost boiling. By that I mean its quite hot and steam is coming off the top. I gently pour this into the egg mix whilst constantly whisking. Well Aidan pours and I whisk. I have no idea how you do that on your own without making a massive mess.

Then back into the pan and I whisk until it thickens. I’m back to feeling like I’m a bake off contestant, except I’ve swapped staring tensely into an oven with peering anxiously over a pan of yellow liquid.

It does go lovely and thick in the end. I like a thick custard. Off the heat until it’s needed.

I’ve been so busy with my custard that I’ve not been keeping an eye on the crumbles. The liquid from the fruit is bubbling ferociously out of the edges of the dishes and dripping all over the oven. Wonderful. I’m really looking forward to cleaning that.

Plus now you will definitely be able to tell the difference between my attempt and the restaurants. Theirs looks all neat. No fruit escaping there. Oh well, I tried…

The crumbles don’t seem to go very golden on top but I take them out after half an hour and leave them to cool slightly as I gently reheat the custard. Time to tuck in.

With a degree of apprehension I take my first bite. I’m so relieved. It’s edible. More than just edible in fact, it’s actually quite nice. I have made a crumble!

Aidan polishes off his portion and then eats some of mine once I’m too full to eat any more. Which is a good sign.

Finally, after years of avoidance, I have conquered my fear of making a crumble. I can put crumble-gate behind me.

It may not be fancy. It may not be the prettiest pud I have ever made. My oven may never be clean again. But it was, without doubt, the most comforting thing to eat this weekend.